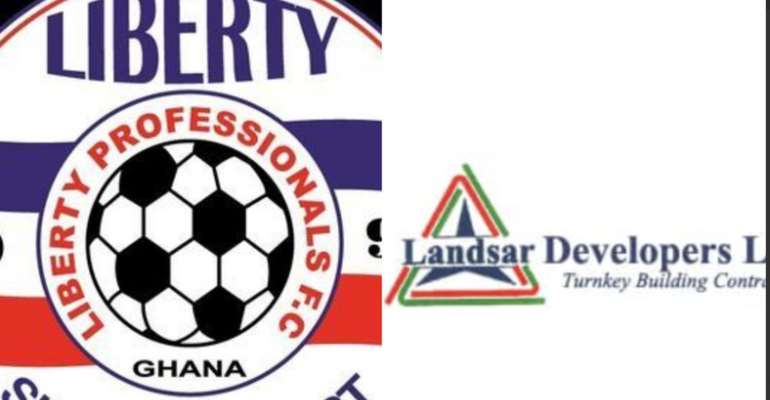 The move is part of the clubs effort to build a good and long-standing relationship with businesses based in the community where they are based.

Speaking in an interview on the new deal, General Manager of Liberty Professionals, Godfred Akoto Boafo shared, “The president of the club Mr. Felix Ansong set a plan in motion about four years ago to restructure the club and keep it afloat.

He continued, “One of the plans was to make the club attractive to Dansoman based businesses. We have had some success with that concept and the partnering with a well-known community business like Landsar Developers is a significant one”.

On his part, the Chief Executive Officer (CEO) of Landsar Developers Mr. Edward Wiafe shared that his outlet sees potential in Liberty Professionals and looks forward to the start of the 2019/2020 Ghana Premier League Season.

“At Landsar Developers we pride ourselves on being a community-oriented business with a national focus. Just like Liberty Professionals has affected the national psyche of football over the years. We see great potential in the club and we look forward to the coming season”, the CEO said.

The two parties have agreed to a one-year partnership but could extend for a longer period if things go smoothly through the period.