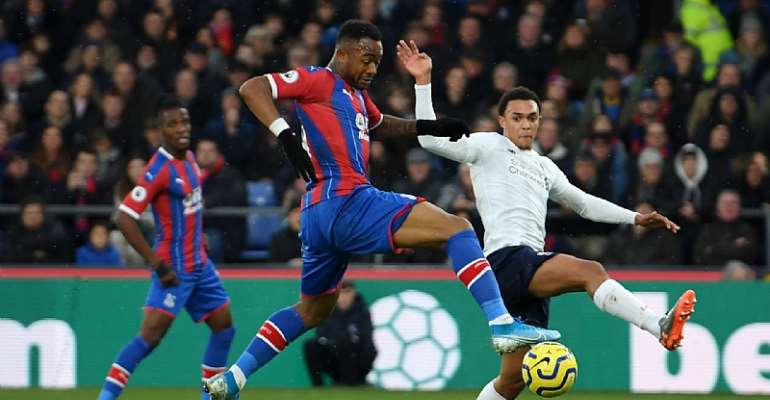 Crystal Palace boss, Roy Hodgson has no complaints about their rejected goal for a Jordan Ayew foul in Saturday's 2-1 Premier League loss to Liverpool.

The Eagles thought they had taken the lead in the first half when Tomkins headed in from a set-piece routine.

However, VAR official Chris Kavanagh adjudged Jordan Ayew to have pushed Dejan Lovren at the near post and chalked off the strike.

"I think it was a foul and rightly disallowed," Hodgson said after the match, as reported by his club's official website.

"I’m irritated of course because people are suggesting that one of VAR’s biggest mistakes was the goal Arsenal had disallowed against us, when in actual fact it was the exact same situation [as today], in fact, it was worse.

"We’ve been on the good end and bad end of VAR, so I’ve no complaints about that."

After a barren first-half, Sadio Mane opened the scoring for Liverpool but Wilfried Zaha levelled the score for Palace five minutes to full-time.

The Reds would soon restore their lead as Roberto Firmino netted to snatch all three points for the league leaders.

Palace occupy 14th position on the league table. It was Ayew's first match since scoring to help Ghana to a 1-0 triumph over Sao Tome and Principe in a 2021 Africa Cup of Nations (Afcon) qualifier on Monday.