VIDEO: Watch Samuel Tetteh’s Goal For LASK Linz In Their 2-0 Win Against Tirol 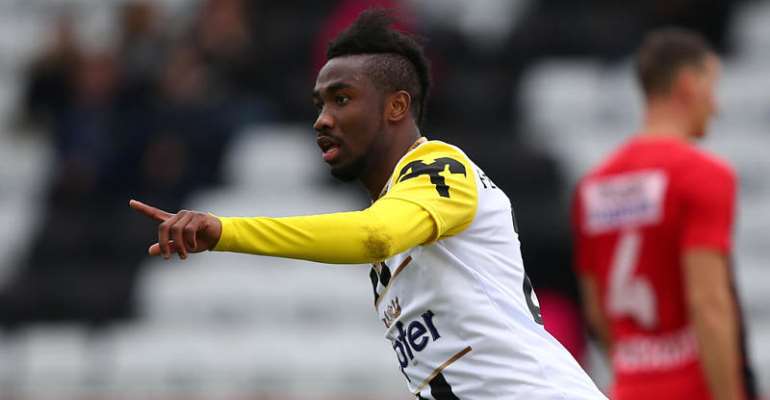 Ghanaian youngster Samuel Tetteh was on target for his LASK Linz side on Saturday when they posted a 2-0 emphatic win over Swarovski Tirol in the Austrian Bundesliga.

The two clubs locked horns in a match week 13 fixture of the ongoing campaign looking for all crucial 3 points to better their respective positions on the division standings.

Following what was an entertaining game, LASK Linz grabbed all points after finding the back of the net twice in the second half on the back of a goalless draw in the first half.

The side was handed a deserved lead thanks to a strike from Peter Michorl on the 79th minute. The away side built on that lead and managed to get a second in the dying minutes of the game.

Ghanaian attacker Samuel Tetteh who climbed off the bench in the second half sent a left-footed shot into the back of the opposition’s net to complete the resounding win for LASK Linz.

The former WAFA winger is currently on loan from Red Bull Salzburg and continues to impress whenever he gets the opportunity to play.

Watch Tetteh’s goal in the video below.