I Have To Win To Against Lopez To Prove My Self, Says Commey 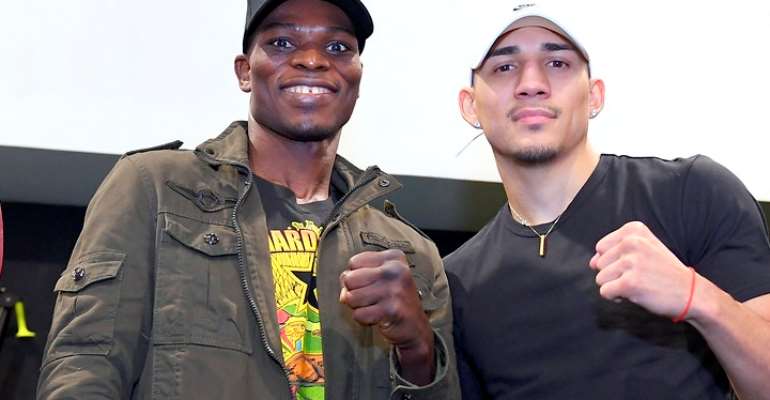 Ghana’s International Boxing Federation (IBF) lightweight titlist, Richard Commey, believes December 7 provides an opportunity for him to earn a reputable status in the division when he comes up against Teopfimo Lopez at the Madison Square Garden in New York.

Commey explained that he was in the best of shape to topple his nemesis with the aim of making a strong statement of him to the other contenders in the world.

The 32-year-old fighter continues to be overlooked by many pundits ahead of his second title defence against the undefeated Lopez but Commey hopes to use the fight as an antidote to his doubters.

Speaking to Ring TV, Commey said he continues to be self-motivated to be the best that he could be and expected a convincing win over his opponent to prove a point.

“Training has been going really well. I knew this fight was happening a while back now, so the preparation has been spot on.

“ I’m hardly out of the gym, so you can say I started training as soon as I returned to the US from Ghana back in August,” he said.

“My team and I are fully aware of my position in this lightweight merry-go-round, but I have always been self-motivated to be the best I can be. With the fantastic team, I have around me, which I’m so lucky to have, it’s difficult to want to be anything else but the best. They all demand it of me, as they demand it of themselves,” he stressed.

Commey, a hard-hitting puncher is yet to lose a fight in his last five bouts with the last four wins coming by way of knockouts.

He has dispatched the likes of Alejandro Luna, Yardley Cruz, Isa Chaniev and Raymundo Beltran in his last four fights.

I don’t know him – Afoko denies knowledge of prosecution wit...
53 minutes ago