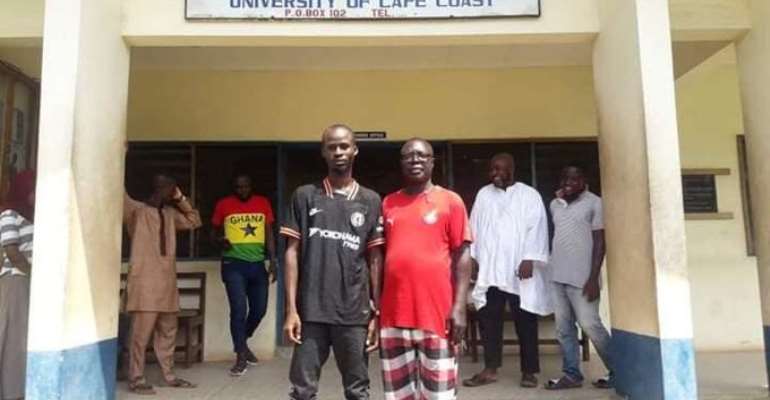 Awal Suleman, the 25-year-old who invaded the pitch during Ghana and South Africa 2021 Africa Cup of Nations qualifiers at the Cape Coast Stadium has been finally granted bail.

Awal was arrested and sent to police cells after he interrupted the game towards the end of the match.

On the 83rd minute whilst Ghana were leading by 2-0 against South Africa, a Ghanaian supporter transformed to a pitch invader, jumped unto the pitch, with the mission of just having fun.

According to multiple reports, Awal told his friends that he will invade the pitch should Ghana score two goals against South Africa.

Suleman was in police custody on Friday morning at the University of Cape Coast Police Station and was being processed for court.

He is to be charged with disturbing public peace.

He told Joy News that he missed opportunities to take a photograph with Thomas Partey when the Black Stars team made stops in the Cape Coast township before the match.

"I like the way he [Partey] plays, I just wanted to have a picture with him and the opportunity I would get is on the field of play and that is why I went there," he said.

However, Awal has been granted bail by the University of Cape Coast on Saturday morning.

Awal after being granted bail
Suleman who is a Nursing student at the Nalerigu College of Nursing in the Northern Region confirmed that he was an athlete during his time at Senior High School (SHS).