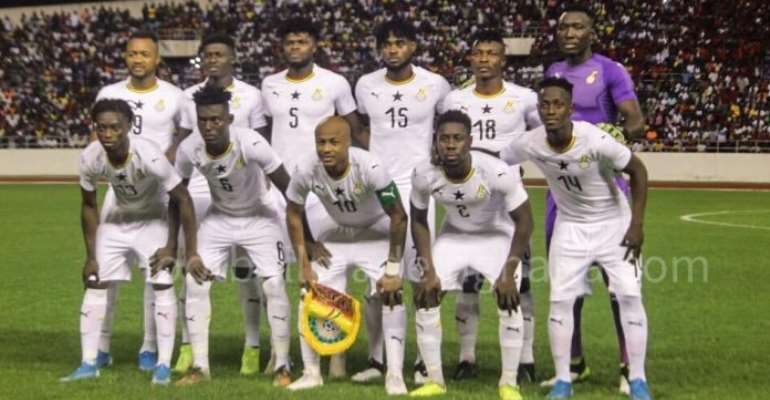 The Ghana Football Association (GFA) has released the itinerary for the Black Stars as they begin preparations ahead of their second Group C match in the qualifiers to the 2021 Africa Cup of Nations (AFCON) tournament against São Tomé and Príncipe.

The team kicked off their journey to securing qualification to the next edition of the AFCON by defeating the Bafana Bafana of South Africa 2-0 at the Cape Coast Stadium on Thursday night.

They are now turning attention to their second match of the qualifiers which will be against São Tomé and Príncipe who have been tagged as minnows.

According to the itinerary released by the GFA ahead of the game, the team will hold a recovery training session at the Madina AstroTurf this evening before holding a full intensive session tomorrow at the same venue.

Find the full details of the Black Stars itinerary in the post below.