We Were Not Outplayed But Ghana Had More Power – Molefi Ntseki 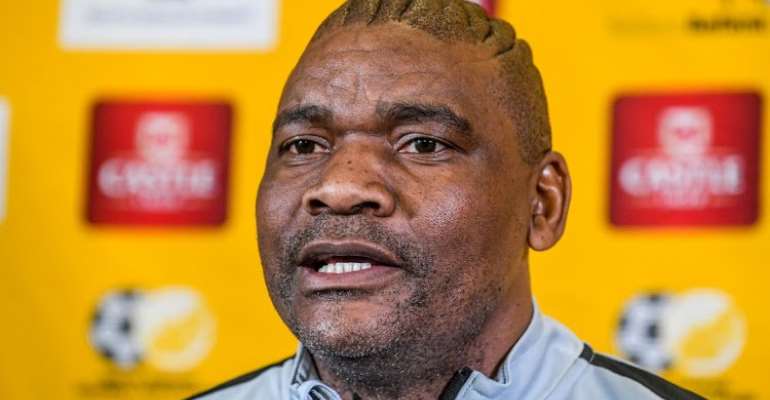 South Africa head coach Molefi Ntseki insists his side was not outplayed in their defeat to Ghana despite admitting that the home team had more power and strength to get the needed goals.

The Bafana Bafana played as guests to the Black Stars in a Group C encounter in the qualifiers to the 2021 Africa Cup of Nations (AFCON) tournament at the Cape Coast Stadium on Thursday night.

At the end of a pulsating game, Ghana dominated and emerged as 2-0 victors with goals from Atletico Madrid Stars Thomas Teye Partey as well as debutant Mohammed Kudus.

Speaking at a post-match press conference, Bafana Bafana coach Molefi Ntseki refused to concede his team was outplayed as he insists it was a very balanced match.

“If you look at the game itself it was more balanced. Like I said they had more power and strength in getting the goals. It was not like we were outplayed in the situation where we conceded. It happens in the game of football when you are not balance the opponent will take advantage”, the gaffer said.

He further shared that despite the defeat, he has confidence in his players as they turn attention to hosting Sudan in their second AFCON qualifier.

“As of now am still confident with my players, with my team, and like I said well done to Ghana”, coach Molefi Ntseki shared.

TUTAG meets government; conditions of service negotiations b...
13 minutes ago