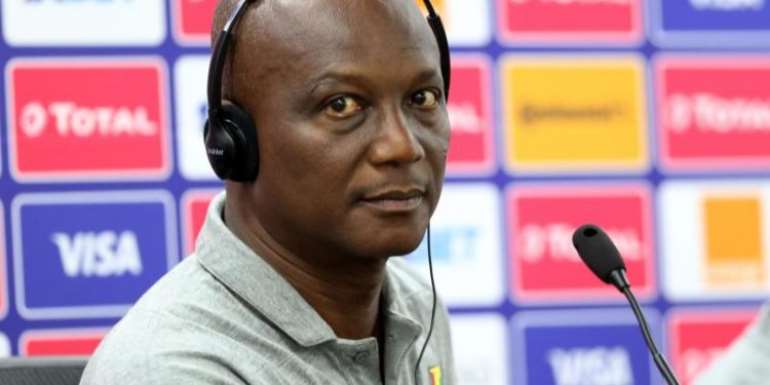 Ghana head coach James Kwesi Appiah has noted that all the players who marked their debuts for the Black Stars on Thursday night against the Bafana Bafana have proven that they are national team materials.

After a disappointing 2019 AFCON appearance, the gaffer is seeking to build a new team as he has opted to blend experience with some youthful exuberance.

As the West African side opened their campaign in the qualifiers to the next edition of the continental showpiece, Coach Kwesi Appiah has handed call-ups to some new players who have impressed in the ongoing 2019/2020 season.

Three of those players feature for Ghana when they beat South Africa 2-0 at the Cape Coast Stadium yesterday evening. New boy Mohammed Kudus was in full flight and marked his debut with a beautiful goal after climbing off the bench in the second half.

Other debutants Idrissu Baba and Gideon Mensah equally proved that they are good in their various position as they helped the team to bag its first 3 points in the qualifiers.

Commenting on the performance of the new players in a post-match interview, Coach Kwesi Appiah opines that they have shown that they want to stay in the Black Stars.

“The debutantes were invited and selected on merit because I assessed them and looked at their level before inviting them.

“They have proven that they are ready to stay in the team. I told them to take their chance and that’s what they did”, the Ghana coach shared.