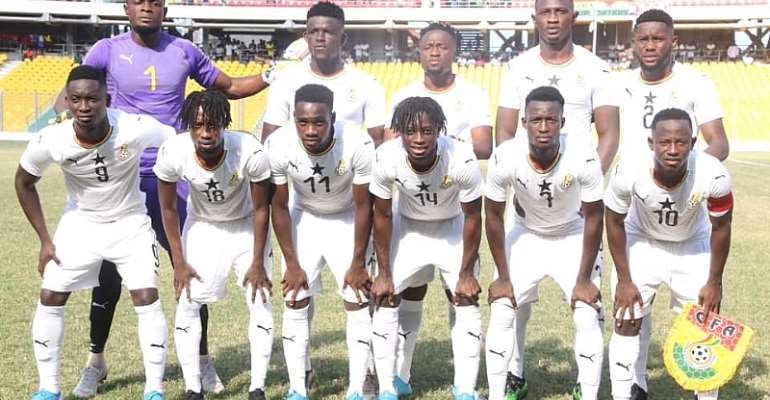 It was a night to remember as Ghana made a huge statement in their bid to qualify for 2021 Africa Cup of Nations by defeating South Africa 2-0 at the Cape Coast Sports Stadium on Thursday.

Goals from Atletico Madrid star Thomas Teye Partey and a screamer from 19-year-old Kudus Mohammed on his debut were enough to seal the win for Black Stars and further ease the mounting pressure on coach Kwesi Appiah.

After the game, Bafana Bafana boss Molefi Ntseki was full of respect for Appiah as he believes tactical genius of the former Asante Kotoko defender coupled with quality players did the trick in the game.

“I was saying that it is not a personal war. I’ve got so much respect for Kwesi Appiah and I was saying it is a war of tactics and tactics will always win you games,” said as quoted by AshesGyamera.com.

“At the same time you need to have players who can also put in efforts into the tactics and I think if you look at Ghana, they put in so much effort and managed to get the two goals.”

He added: “We are not saying our players did not put in effort but unfortunately for them we could not win the match so I think if you want me to say it, yes Kwesi Appiah is the tactical one.”

Ghana now sits second with three points in Group C behind Sudan and will travel to Sao Tome for the second game on Monday.