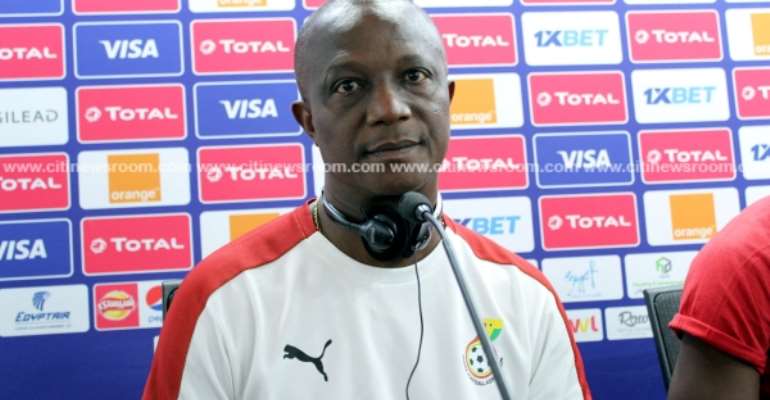 Goals from Thomas Partey and debutant Mohammed Kudus sealed the victory for the home side in the Group C matchday one fixture at the Cape Coast Sports Stadium.

“Looking at the game today, I personally believe that the boys played above themselves,” Appiah said at the post-match press conference.

“That was the message given to them anyway – to go out there and prove to Ghanaians that they all deserved to be in the national team. I think the performance was very impressive. Our plan was to have the ball so that we could tactically play how we wanted.”

Appiah also shed light on his decision to play Sassuolo midfielder Alfred Duncan on the left-wing, one which seemingly did not help the player’s performance.

“We had a lot of injuries and for that reason, there were some players that I had to shift players around. Duncan does very well in his club; sometimes he plays from the right, sometimes midfield," Appiah explained.

"I thought I need the experienced players in the middle. I believe with their experience and energy, they can always keep the ball. I had Dede, Duncan, Partey and Baba which made our midfield very strong."

It was not all good news for Ghana as Real Mallorca midfielder Iddrisu Baba was forced out of the game on a stretcher.

“I think he had a head clash but before we came here [for the presser], he was okay. He joined us in prayers and everything. He also had an ankle problem so the doctors will work with him so hopefully, by tomorrow we should know [his status],” the coach revealed.

Thursday’s fixture was Ghana’s first since a disappointing performance at the 2019 Africa Cup of Nations in Egypt.

Following the tournament, Appiah has come under intense pressure, with many calling for his sack.

“Normally if you’re a coach and are afraid of criticisms… People criticize and [you need to] pick the good messages that they’re putting across,” continued the 59-year-old.

“This is a job that deals with different mindsets; some will love you, some will criticize you but at the end of the day, the job that you are assigned to do, you need to do the best that you can. If you are told to [leave your job] tomorrow, you pick your bag and go. This is the nature of our job.”

Ghana next face Sao Tome and Principe away in their second group fixture on Tuesday.