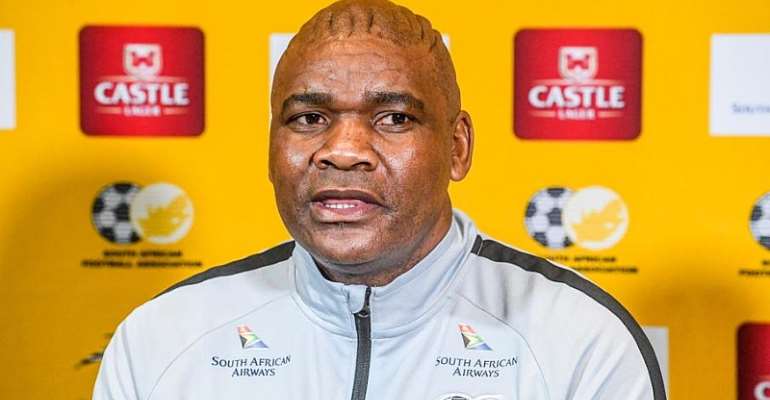 South Africa coach Molefi Ntseki has commended Ghana coach Kwasi Appiah for his tactical knowledge after his side suffered a 2-0 defeat to the Black Stars at the Cape Coast Sports Stadium on Thursday.

A goal in each half from Thomas Partey and debutant Kudus Mohammed was enough for Ghana to record a good start to the 2021 AFCON Qualifiers as the Black Stars focus attention to their next game against Sao Tome and Principe.

Molefi was very confident of his side beating Ghana despite tipping the game to be a tactical battle’ between him and Kwasi Appiah.

But the Bafana Bafana tactician ended up conceding two strong goals and admits he lost the tactical battle.

“I was saying that it is not a personal war. I’ve got so much respect for Kwesi Appiah and I was saying it is a war of tactics and tactics will always win you games,” said after the game.

“At the same time you need to have players who can also put in efforts into the tactics and I think if you look at Ghana, they put in so much effort and managed to get the two goals.”

He added: “We are not saying our players did not put in effort but unfortunately for them, we could not win the match so I think if you want me to say it, yes Kwesi Appiah is the tactical one.”