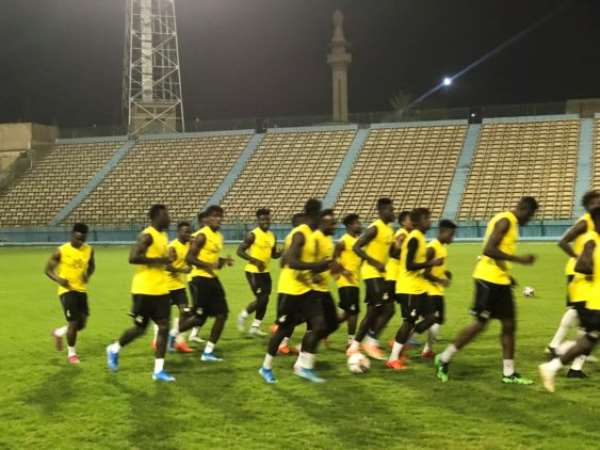 Coach Ibrahim Tanko says the Black Meteors will give their best in the final group match against Mali on Thursday.

The National U23 side need a win in Thursday’s game to confirm qualification to the semi-finals if Egypt wins against Cameroon in the other group A tie.

Ghana’s head coach, however, believes that though the result of the match will be irrelevant to Mali, he expects a difficult match at the Al Salam Stadium on Thursday evening.

“We still have a chance to qualify in our last group match on Thursday. Mali has zero point we know Mali won’t give us an easy match”

“We are expecting a very tough game but I am optimistic that my players are ready to get the victory”.

Coach Tanko who was speaking at the Pre Match press conference reflected on Monday’s 2-3 defeat to Egypt and revealed that he held meetings with the players to psyche them for the last group match.

“We played well in the first half on Monday but we made a mistake to allow Egypt to come into the game. We had a few tired legs but the substitutes didn’t help us as we expected.”

“I went round to each player to speak to them after the game to psyche them after the defeat. As a team, we will give our best tomorrow and see what happens in the other game”.

“We only have to concentrate on our game. If we win Cameroon will have to lose for us to qualify. We know it’s not going to be easy but we are hopeful”, the Ghana U23 coach reiterated.

Captain Yaw Yeboah who was also at the press conference also said that though Ghana is in a difficult situation, the team is hoping that they squeeze through to the semis.

The players are ready and we will try and get a win. We’ve played our best so far in this competition and it’s unfortunate that we lost against Egypt.”

We are focused on giving our best in the match and mentally we are ready to go all out for a win”, Yeboah emphasized.