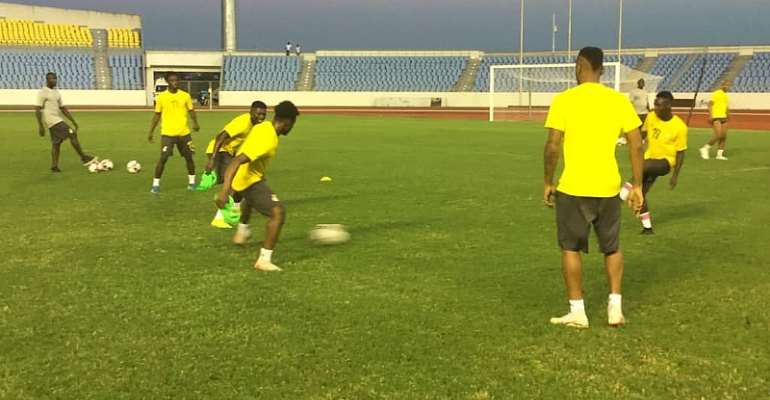 The Black Stars have held their final training session this evening as they gear up towards their cracking Africa Cup of Nations (AFCON) qualifier against the Bafana Bafana on Thursday night.

Ghana is seeking qualification to the next edition of the AFCON tournament and has been pitted in Group C of the qualifying series alongside South Africa, Sudan, as well as Sao Tome and Principe.

Head Coach for the Ghana team, James Kwesi Appiah has had three days to train with his invited players since they arrived from their respective clubs on Monday.

The last of the sessions have been held this evening at the Cape Coast Stadium as the technical team took the players through various drills.

The Stars are hoping to record a win against their Bafana Bafana counterpart tomorrow to have the chance of going top of the standings which will give them an advantage as far as progressing from the group at the end of the series is concerned.

South Africa will take turn to train at the venue later this evening before the two teams go head to head tomorrow at 19:00GMT.