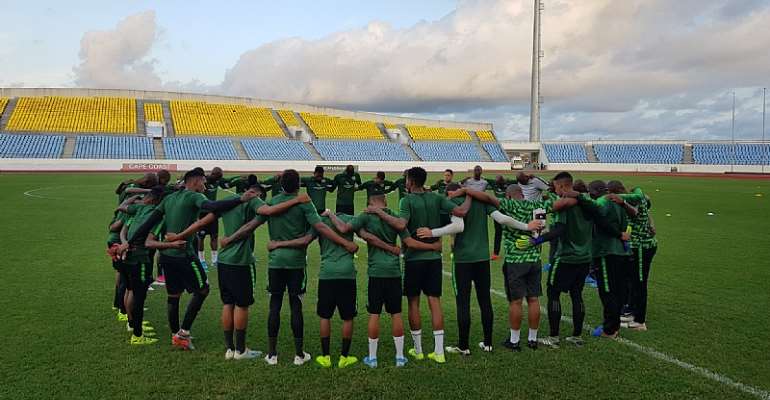 After about a 10-hour travel from South Africa to Cape Coast in Ghana, Bafana Bafana have settled nicely into their base camp.

They held their first training session yesterday with 23 players as Thulani Serero and Kamohelo Mokotjo only arrived last night in Ghana.

Molefi Ntseki’s charges are in the country to face the hosts in the first match of the Cameroon 2021 Africa Cup of Nations qualifiers on Thursday, 14 November 2019 at the Cape Coast Stadium.

Kickoff is at 19h00 local time.
After the match, Bafana Bafana travel back home to prepare for the clash against Sudan on Sunday, 17 November at Orlando Stadium in Soweto, which starts at 15h00.

Furman says they had a good start for the 2017 AFCON qualifiers, now they need to repeat that feat so they don’t play catch-up.