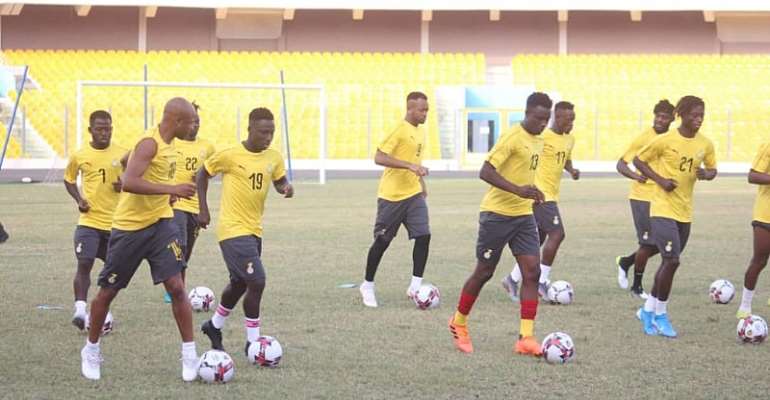 Ghana’s Black Stars have trained in Accra today as they prepare to face South Africa’s Bafana Bafana later this week in the qualifiers to the 2021 Africa Cup of Nations (AFCON) tournament.

The West African country has been drawn in Group C of the qualifiers alongside Sudan, as well as Sao Tome and Principe.

The Stars will open their campaign in the qualifiers against the Bafana Bafana in a cracking fixture which could ultimately determine who finishes top of the log at the end of the six rounds.

At the Accra Sports Stadium today, 13 players showed up for training out of the 23 invited players. The remaining squad members are expected to arrive in the country tonight and will join the team to move camp to Cape Coast tomorrow.

There they will train in the evening and on also on Wednesday before going into the crucial game against South Africa on Thursday, November 14, 2019.

That game will be played at the Cape Coast Stadium and will kick off at 19:00GMT.

No country is immune to terrorist attacks; let’s fight it – ...
29 minutes ago

Claims of insecurity in Ghana over recent crimes ‘a bit of a...
33 minutes ago