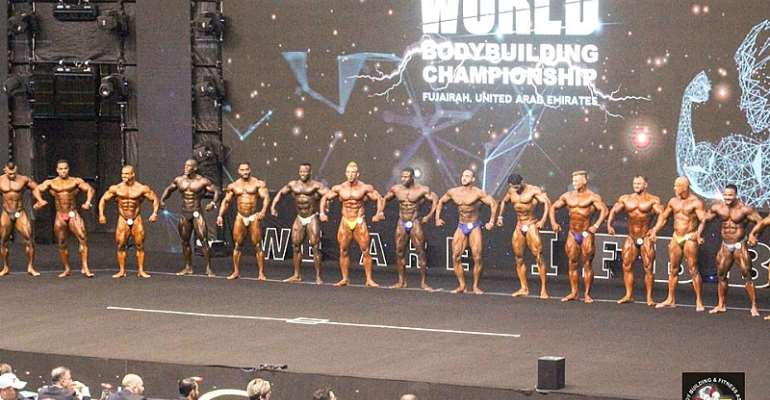 The Men's World Bodybuilding Championship in the classic, physique and league pro modalities, started today in the Emirate of Fujairah, 110 km from Dubai.

Fujairah, in the United Arab Emirates, leapt into the world of sports news when its local football club hired Maradona to be its coach in May 2017.

The IFBB has had an intense year with more than 200 competitions all over the world on five continents. This, after having made their Olympic debut during the 2019 Pan American Games in Lima, where their call for participation was answered by 46% of the 41 Olympic committee members of Panam Sports, who presented 32 athletes of both sexes, for the competition in male bodybuilding and choreographic fitness.

Fujairah in the United Arab Emirates turned out to be a very good venue for the 73rd IFBB World Congress as well as this year's championship, and the Zayed Sports Complex received delegations from more than 110 countries, presenting 850 competitors for the three-day competition across various categories of height and weight.

Dr. Rafael Santonja, President of the IFBB referring to the tournament and bodybuilding as a sport said:

“Bodybuilding and fitness are a lifestyle and a guide sport for young people and different people of all ages, it is a sport that bets on life, is pro-life, is the construction of a naturally healthy life.”

On Thursday 7, the Congress was held, which had an intense workload. It discussed many issues and approved the management of the President and the report of his actions during the year, as well as the balance of accounts.

The aspect of greater success lies in the modernization carried out by the IFBB, trying to unite sports areas and markets, establishing alliances with other sports that have a certain analogy. In this regard, last month, the IFBB sent a letter to the Global Association of International Sports Federations (GAISF), addressed to its President Raffaele Chiulli, requesting, on behalf of five International Federations, the creation of the World Power Games to be held every two years, beginning in 2021.

The federations that accompany this initiative of Santonja in addition to the IFBB, are the IWF (Weightlifting); IPF (International Powerlifting Federation); UWW (United World Wrestling) and TWIF (Tug of War International Federation).

This IFBB proposal, approved by GAISF, according to Santonja, and the creation of the Games, which will initially feature the five founding sports, is a starting point to welcome others who can join, who should be members of GAISF and signatories of the World Anti-Doping Agency Code.

The host city will be announced at SportAccord next year, at the scheduled meeting from April 19 to 24 in Beijing (China).

For these World Games, a minimum objective of 500 participating athletes was established, and one of the main attributes of the new Games will be gender equity. In addition, the participating International Federations must be full members of GAISF and provided they are related to physical, strength and power and are signatories of the World Anti-Doping Code (WADA).

During the Congress, the recognition of Bodybuilding by FISU (International Federation of University Sports) was announced.

The International Federation of Bodybuilding and Fitness has maintained a collaborative cooperation relationship with AIPS since 2017.

The IFBB will have its Congress and World Cup 2020 in Xi´an China.