Jordan Ayew Feature For Crystal Palace As They Lose To Chelsea 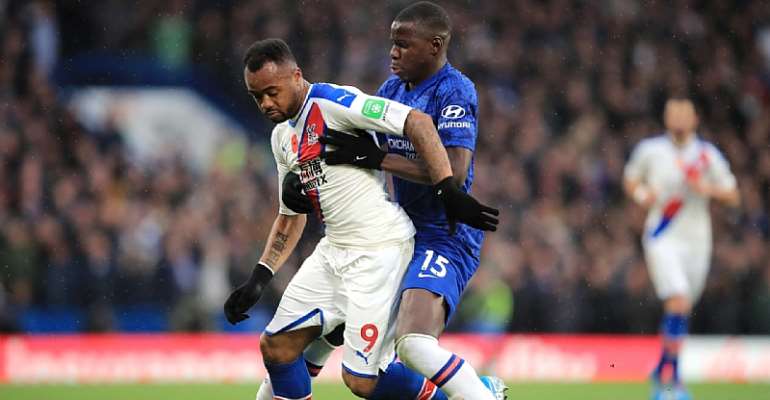 Ghanaian striker Jordan Ayew was in action for Crystal Palace earlier today when they were defeated by Chelsea at the Stamford Bridge.

In a match week 12 fixture in the English Premier League, the Blues survived the frustrations from the Eagles to emerge as 2-0 winners as they climb to 2nd position on the standings of the division.

Black Stars striker Jordan Ayew was handed an anticipated starting role but could not do much especially when supplies to the attacking third of the home side were limited.

Second-half goals from Tammy Abraham and Christian Pulisic was enough for Frank Lampard’s men as they bagged all 3 points.

Jordan Ayew lasted the entire duration of the game for Palace with compatriot Jeffrey Schlupp coming on as a substitute in the second half to replace James McArthur on the 70th minute.