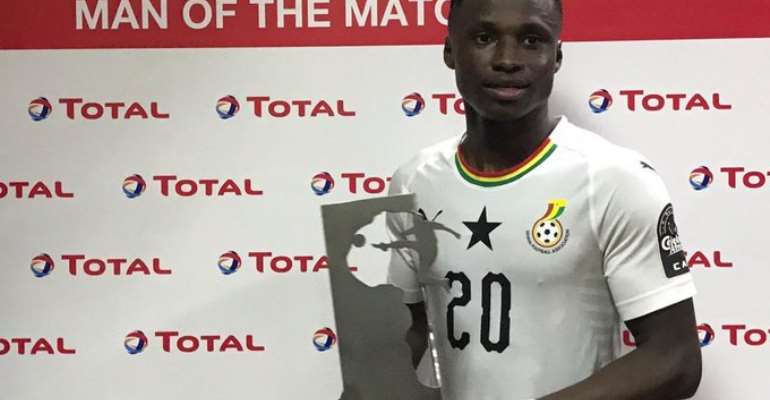 Black Meteors exciting winger Evans Mensah has dedicated his ‘Man of the Match’ award from the Cameroon game in the CAF U-23 Africa Cup of Nations (AFCON) tournament to Ghanaians.

Ghana locked horns with its counterpart from Cameroon in their first game of Group A in this year’s U-23 AFCON as they searched for 3 crucial points.

Though the Black Meteors proved to be the better side at the end of the 90 minutes, they were forced to settle for draw with their opponent defending very well in both halves.

Goals from Franck Evina and Mohammed Habib canceled out to ensure the teams earned a point each.

At the end of the game, Ghanaian winger Evans Mensah was named the ‘Man of the Match’ to award him for his impressive performance for the Black Meteors. He caused all sorts of problems for the defenders of the Lions as he completed the most dribbles in the game.