Abraham And Pulisic Give Chelsea Impressive Win Over Palace 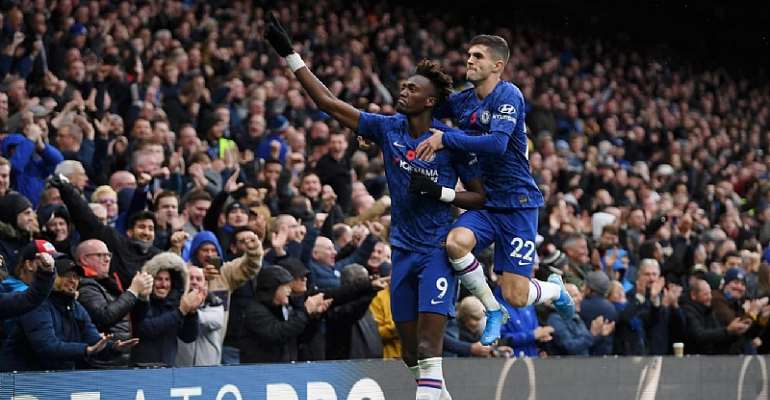 Chelsea took their sixth consecutive win on Saturday to go second in the Premier League table, after beating Crystal Palace.

Palace had a clear plan to hold the home side and hope to steal a goal back on a counter attack, and they exacted it well over the first half.

It was a sterling defensive effort by Palace who refused a number of attempts by Christian Pulisic, but given the lack of their own attacking threat, it was clear it would be Chelsea to take the lead if one was to be had.

Going into the second half Palace maintained their efforts, but one defensive error was all it took for a relentless Chelsea to take the advantage, capitalised on so well by Willian who found Tammy Abraham in front of the goal in the 52nd minute.

Palace enjoyed a period of pressure in the second half and it looked as if they could yet equalise, but nothing was to come of it, and it was Pulisic who eventually found himself on the scoresheet 79 minutes in.

Chelsea next face Manchester City on November 23 after the international break, while Palace – who remain ninth for at least a couple of hours - will meet with table-toppers Liverpool.