Why Meteors Could Kickstart A New Era For Ghana Football 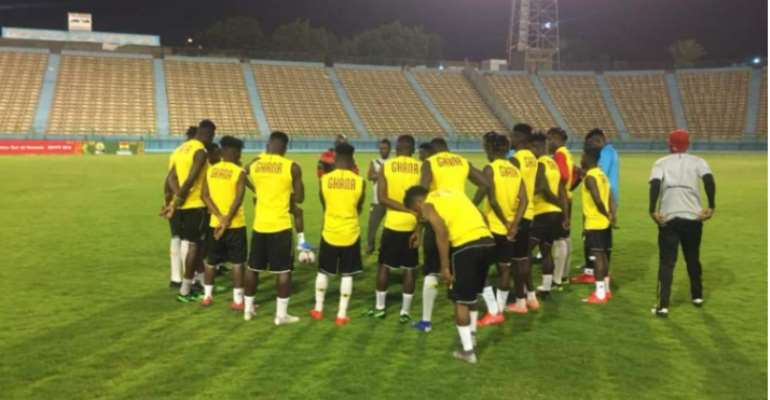 The Olympic football qualifying in Egypt is more than just the race for a ticket to Tokyo 2020 Olympic games football tournament. For Ghana, this represents a timely opportunity to rebuild the black stars towards the next Afcon and potentially the World Cup in Qatar. In effect, Ibrahim Tanko probably has the most important job in Ghana football at the National U-23 team. Picking one of the three available qualifying slots is a massive task for the Black Meteors.

The vibes from the new GFA administration is encouraging, but the attitude as far as the Olympic qualifiers is concerned appears a little blinkered. Yes, the target is a first appearance in the Olympic football tournament for 15 years, but would it not be even better if this project is situated within a broader vision of the revival of Ghana’s international football fortunes? The over-emphasis on bonuses as the basis of motivating a team smacks of a carry-over from a doomed era. A change of tack may be needed. Qualifying for the Olympics is critical. The Olympic tournament is the penultimate step before full national team for most international stars. In many ways, it is a fair gauge of who the next world-beaters will be. There are parallels to be drawn from Ghana’s last Olympic Football Odyssey.

Much like present Ghana’s last Olympic football appearance took place during a severe drought for Ghana football. Prior to the 2004, Ghana failed to qualify for the FIFA U-20 World cup despite the heights of 2001. That rut would extend to three successive tournaments – 2003, 2005 and 2007. At the juvenile level, the starlets had missed out on 2001 and 2003. The Black Stars failed to qualify for the 2004 Afcon in Tunisia. Qualifying for the Athens 2004 Olympic Games a major reprieve for Ghana football. This was the era preceding the Kwesi Nyantakyi presidency – contentious period during which Dr Nyaho Nyaho Tamakloe’s booming voice commandeered the affairs of the Ghana football association. A tough qualifying phase ending with Ghana overtaking Zambia with a last day 2-0 victory at the Kumasi Stadium.

This was before the ‘money era’ and insatiable player appetite for bonuses. Sulley Muntari’s infamous bouts of indiscipline were unfurling and nearly rocked the teams’ preparation when he was kicked out for allegedly bringing his girlfriend into the camp in Portugal.

Expectations were at fever pitch in Athens. A dramatic opener saw Ghana naively surrender a two-goal lead to Francesco Totti’s Italy in a lively 2-2 draw. Despite an impressive win against Paraguay in their second game, the meteors crashed out meekly after an underwhelming 1-0 goal loss to an already eliminated Japan. Tied with Italy on the same number of points and goal difference, Ghana exited the tournament having scored a goal less.

In terms of confidence-building, the Olympic experience far outweighs an early exit such as 2004. In Athens, the Ghana team faced Daniele De Rossi, Andrea Pirlo, Andrea Barzagli, Alberto Gilardino Group opponents and World Cup winners at Germany 2006. The Argentine team was too star-studded to list exhaustively; but there was Tevez, Saviola, Mascherano, Heinze, Lucho Gonzalez and Willy Caballero. A certain Christiano Ronaldo led the line for the Portuguese.

Three years before the next world cup in Qatar, the Olympics represents Ghana’s best chance of a consistent team building project. Should Yaw Yeboah and co reach Tokyo, the dalliance of a reinforced Black Meteors in what is in effect a mini-World Cup will produce the sort of buoyancy and exposure that the senior national team needs in its ranks. Like the German Olympic team from Rio whose members have since replaced an ageing squad, a lot will depend on Kwesi Appiah’s amenability to a transitional plan. It is clear however that Ibrahim Tanko and his team stand on the cusp of something bigger than they can imagine and with it the keys to putting the black stars back on track. We hit rock-bottom after Egypt 2019. This proxy Egypt 2019 represents a fresh start.