Kante Is More Than A Defensive Midfielder - Lampard 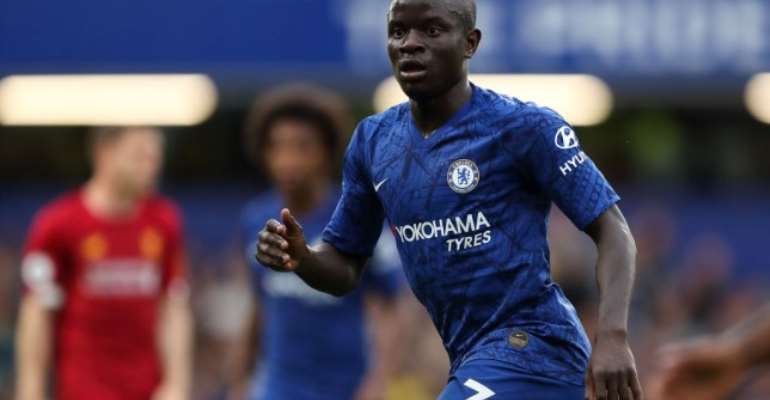 Chelsea's N'Golo Kante is much more than a pure defensive midfielder and manager Frank Lampard hopes to reap the rewards of his other qualities now he is fit again.

Lampard confirmed Kante, who has been plagued with injuries this season and started only three league games for Chelsea, had shaken off a groin problem to be available for Saturday's match against Crystal Palace.

Former manager Maurizio Sarri deployed Kante in an advanced role last season and Lampard has also used similar tactics with Italian Jorginho playing at the base of midfield.

"People talk about him (Kante) very casually as the best defensive midfielder in the world but I don't think that's the full story," Lampard told reporters on Friday.

"I'm not criticising him, it's actually the opposite. There's much more to his game than that ... A defensive midfielder in my mind is someone who sits in front of the back four or back three but I think he has got much more than that.

"He has shown all of those assets over the last four years for whoever he has played for - Leicester, Chelsea and France. He can give you more. That's hopefully what we will be getting now he is fit again."

With Jorginho suspended for one game after collecting five yellow cards this season, Lampard did not say whether Kante would return to a defensive midfield position against Palace.

"It depends how we set up as a team, they have different qualities," Lampard added. "We will set up the midfield as it is not just a like-for-like with those two.

"There's other players and it will be how we set up as a unit rather than the individual as the replacement."

Lampard also said Mason Mount was in the squad but he would make a late call on his participation after the midfielder injured his ankle in the midweek Champions League draw with Ajax Amsterdam.

However, defender Antonio Rudiger is set for a longer spell on the sidelines after undergoing surgery on a groin issue.

"He had an operation and he is going to be out probably for three weeks, hopefully," Lampard said. "Then we will have to see where match fitness comes in because he has been out for a long time now."

Massive rot as audit report orders YEA to freeze salaries of...
16 minutes ago

Our police officers don't work with their senses as soldiers...
25 minutes ago