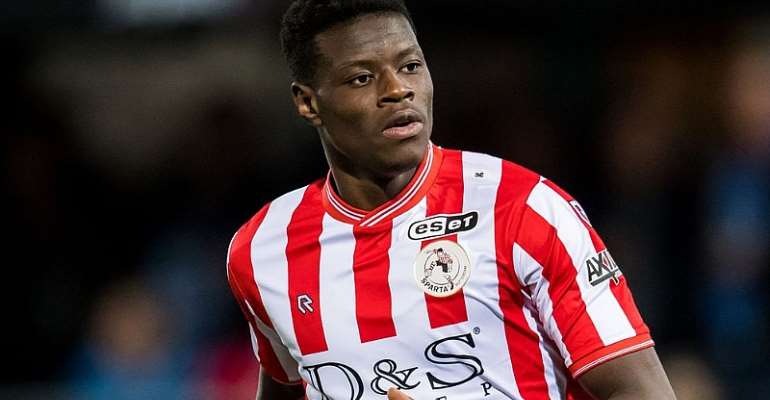 Ghana’s hopes of landing Holland-based Ghanaian forward Ragnar Prince Ache could be dashed as the prodigy has earned a call-up into the U21 side of Germany, SportsworldGhana.com has reported.

Ache, 19, has been handed his debut German U21 call-up by head coach Stefan Kuntz for the upcoming European U21 Championship qualifier against Belgium on 17th November, 2019.

“Most guys have been in action since September and have proven themselves both on and off the field, and Ragnar Ache has played a strong season in the Eredivisie so far, so we’d like to get to know him better,” said Kuntz.

Born to German father and Ghanaian mother In Germany, Ache went through the various Youth teams of Sparta Rotterdam after moving to Holland with his mother before signing his first professional contract in April 2016.

He went ahead to make his Dutch Eredivisie debut on 4 April 2017.

The intelligent striker seems to have made his breakthrough at Sparta Rotterdam following his imperious form.

So far, he has played eleven league games this season, scoring five goals with three more goals to his credit.

His contract with Sparta runs until 2021. His current market value according to “Transfermarkt.de”: is 500,000 euros.