I Was Upset With Asamoah Gyan's Arrival At Sunderland - Darren Bent 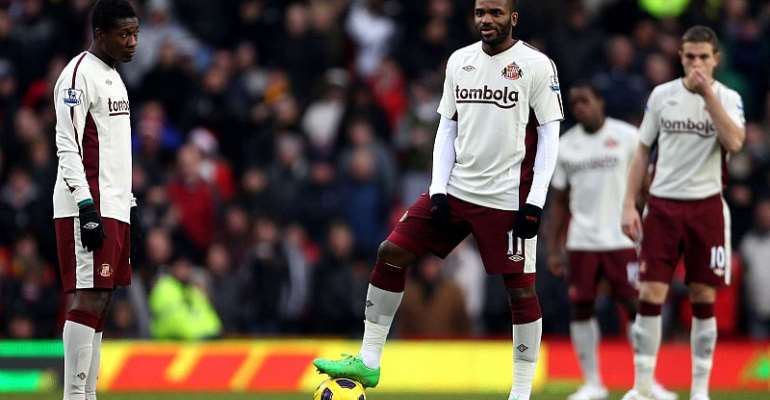 Gyan, who is Ghana's all-time leading goal scorer joined the Premier League on a record signing from French Ligue 1 side, Rennes and went on to score 11 goals and provide five assists in 37 competitive appearances for the club before joining Al Ain in UAE.

According to Bent, he was not impressed with his arrival of the 33-year-old knowing he was a top player that performed at the World Cup where Ghana reached the quarter-finals before losing to Uruguay on penalties.

"I remember being at Sunderland, scoring 25 goals, then the following season they bring in Asamoah Gyan and it just kind of unsettled me a little bit because I’m like ‘Well, things are going really well here, I’m doing really well, so why do you feel the need to sign someone else, who arguably in that World Cup was one of the best players?’," Bent told talkSPORT.

"He was brilliant for Ghana and it kind of upset me a little bit.

"So I think in that situation you need to leave it as it is, let that play out, and if you are going to bring in players in other areas, be like squad-type players where if you do get injuries, they can come straight back in."

Bent was also a prolific striker for Sunderland, scoring 24 league goals the season before Gyan's arrival, and made these comments on the back of Chelsea being linked with signing German forward Timo Werner from RB Leipzig.

Werner would be a rival to Tammy Abraham who already has 10 competitive goals for the Stamford Bridge outfit this season.

Sunderland got relegated from the Premier League in 2017 and presently play in League One, the third-tier of English football.

Since his two-year stint at the Stadium of Light, Gyan has gone on to feature for five further clubs and is now on the books of NorthEast United in the Indian Super League, where he has two goals in four appearances.