CAF U-23 AFCON: Egypt Locks Horns With Mali As In Opener 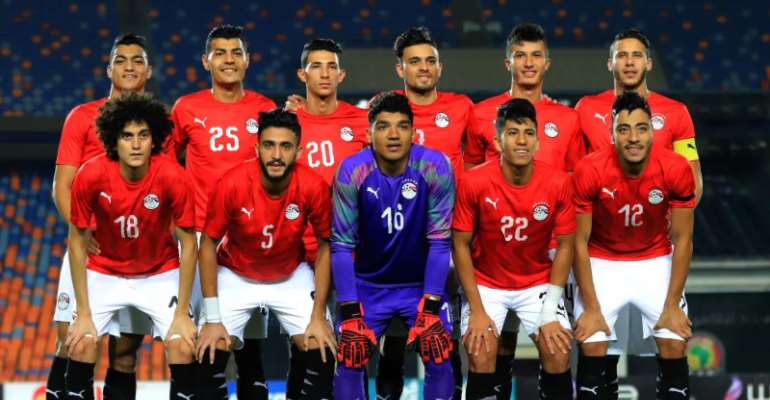 The wait is finally over, and the stage is set for the start. The third edition of Total U-23 Africa Cup of Nations kicks off on Friday (8 November 2019) when hosts Egypt lock horns with Mali at the Cairo International Stadium in the Egyptian capital.

Serving also as Africa’s qualifiers to the 2020 Tokyo Olympic Games, the top three finishers at the Egypt 2019 tournament will bear the continent’s torches at next summer quadrennial multi-sports global event.

Guided by ex-player and senior national team coach Shawky Gharib, Egypt enters the tournament with a squad fully based on domestic players. With the likes of skipper Ramadan Sobhy, strikers Mostafa Mohamed and Salah Mohsen who featured for senior team, and with the expected support from the stands, expectations are high on the shoulders of Gharib’s boys.

On the other hand, Mali had just one previous appearance in the Olympics, in Athens 2004 bowing out from the quarterfinals. Les Aigles are hoping for an Olympic return with a generation mainly based on the class of 2015 who finished as runner ups in the U-17 FIFA World Cup in Chile.

Fanyéri Diarra hopes to lead Mali to the Olympic scene yet again 16 years after their debut, as Les Aigles dream of a podium finish in Egypt. He will have the likes of Turkey-based forward Ali Malle and Al Ahly midfielder Aliou Dieng to rely on.

What they said
Shawky Gharib (Coach, Egypt)
We started preparing for this tournament a long time ago. We played a number of friendly games that were very useful for us. Our squad depends on domestic-based players but this is not a problem for us because they have high qualities. I can assure our fans we are ready to deliver. All the teams in this tournament are very good and have high football reputation. The opening games are usually very difficult, especially for the host team. Mali is a tough opponent and they proved that in the qualifiers. We ask our supporters to come in numbers and trust us.

Ramadan Sobhy (Captain, Egypt)
We’ve been preparing for more than a year and a half. Now we have to bear the fruits of this hard work. Our dream is a place in the 2020 Olympics and we need to give our fans something to cheer about. We are ready and focused. Our team has no superstars, we are one unit. We have to follow our coach instructions and hope luck will be on our side. Losing to Mali in 2015 U-23 AFCON is history now and what we plan for is winning every game whoever our opponent is.

Fanyéri Diarra, (Coach, Mali)
It’s going to be a tough game against the hosts. We always play to please our viewers. At this level, there are no easy games and every team has their chance. Playing against the hosts come with pressure but we are up to it. All the teams here deserve to be here and we want to give a good image for Malian football. We qualified by beating Morocco which was a very tough opponent but still, we managed to beat them.