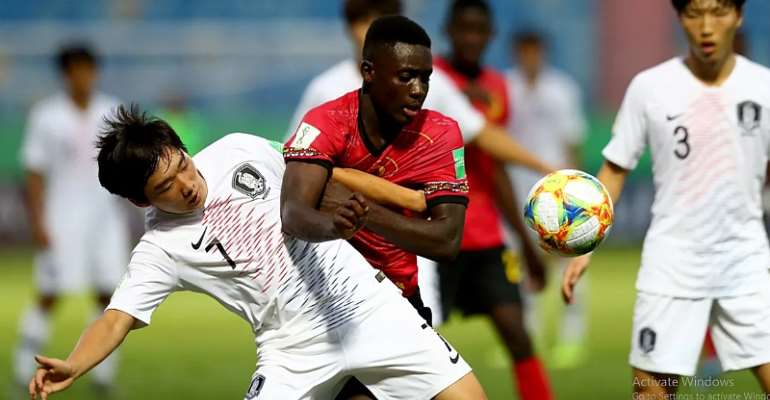 Korea Republic relied on their stingy defence and Choi Minseo's first-half tally to best Angola 1-0 in the first Round of 16 match-up at the FIFA U-17 World Cup Brazil 2019.

The Korean No9 struck the match's lone goal in the 33rd minute, cleaning up a rebound after Angola goalkeeper Geovani saved Jeong Sangbin's initial attempt.

The Taeguk Warriors advance to the quarter-finals, where they will face either Japan or Mexico on 10 November.

Minseo contributed nearly in equal parts as a target man and defender at Estadio Olimpico, and his goal was emblematic of that.

The forward stuck his foot in to deflect an Angola back-pass, and the ball fell at the feet of Oh Jaehyeok to start the transition attack.

Minseo then rushed into the box, and when Sangbin's shot was saved, he was ready to follow up. After taking the lead, Korea Republic adopted a much more defensive posture.

Goalkeeper Shin Songhoon was forced into a few fine saves in the final 10 minutes, but the Asian side were able to see out the result.

Two of the Palaquinhas' most menacing attackers, Zini and Zito, were largely nullified by the Taeguk Warriors’ defence. Zini was Angola’s most consistent threat, bothering opposing defenders with his pace and skill on the ball.

The African debutants nearly equalised through their No20 in the 85th minute via a close-range header, but Sunghoon parried the ball away.

Angola's attack sprung to life in the waning seconds, but time expired before they could find the back of the net.

Still, reaching the last 16 in their maiden FIFA U-17 World Cup is a feat the Angolans can look at with some pride.