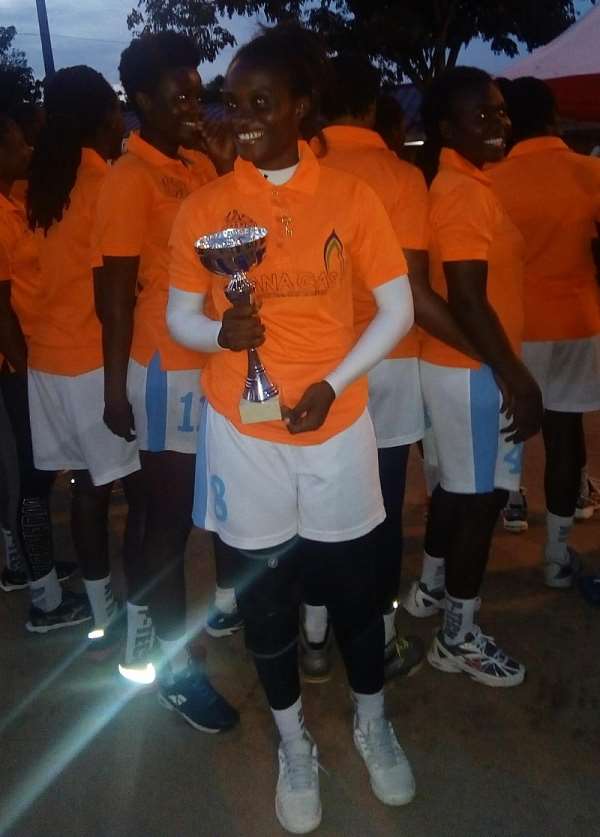 The court, filled with fans of both teams saw the experienced law enforcers who participated in the recently ended 2019 Prudent Energy Handball Premier League in Nigeria, dominate the first half by goal margin (11-10).

Many expected Police dominance to continue with a stretch in the scoreline after their splendid performance at Nigeria which saw them win 7 out of 8 matches played in the Prudent Energy Premier League.

The second half saw an enhanced game as Air Force outplayed their opponents till the final blast of the whistle with a 25-22 winning scoreline.

It will be recalled that Air Force tormented Ghana Prisons women to grab a massive win which qualified them to the finals by 22-20.

Regina Daime of Ghana Air Force was the goal queen with 9 goals.

In the Men finals, a predetermined mind by Prisons to halt Police winning record began in the first half with a high pressing attacking display which unsettled the Police defense to concede a 7goals difference to end the first half.

Both teams entertained Handball fans at the Burma Camp court in the second half with rich skills on display but Prisons who did not want to fail their fans played a more determined game to beat Ghana Police by 32-26 as Prisons secured their first Trophy in the year 2019.

Jacob Tetteh of Prisons and Latif Sadik of Police both received a red card at the end of a beautiful Wednesday of Handball at Burma Camp.