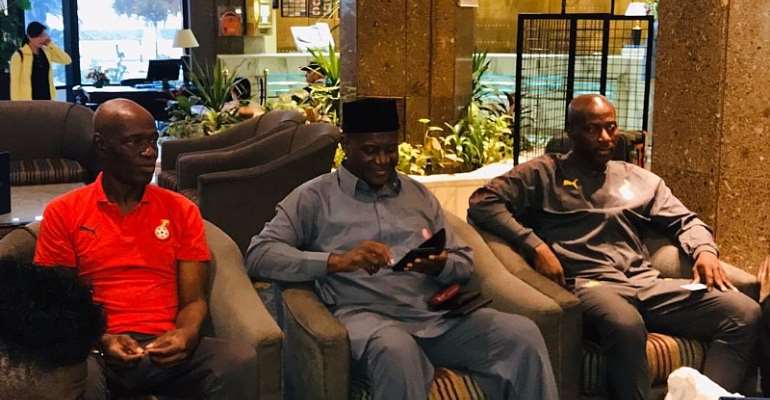 Ghana’s ambassador to Egypt, Dr Winfred Nii Okai Hammond has paid a visit to the Black Meteors in their Hotel in Cairo.

The Ghana Government representative in the Northern African nation visited the team to urge them to go all out in Ghana's quest to secure qualification to next year's Olympic Games in Tokyo, Japan.

Ghana last appearance in football at the Olympics came in 2004 in Athens, Greece.

The Black Meteors are hoping to pick one of the three slots allocated to Africa for the biggest global multi-sports showpiece.

After Friday’s opening match against Cameroon, the Black Meteors will take on tournament hosts Egypt before playing Mali in their last group match.