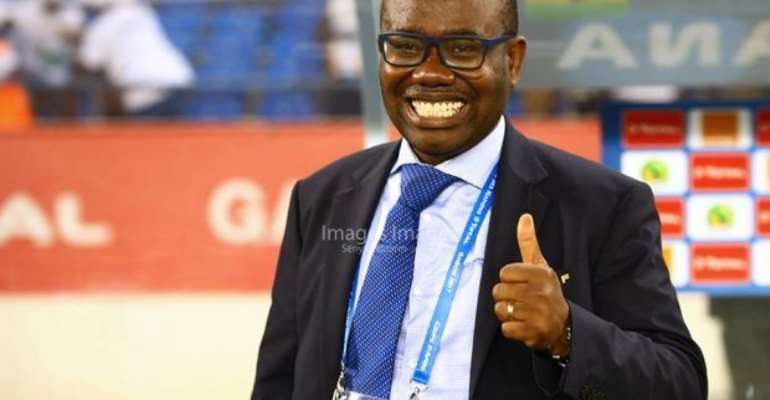 Newly elected Ghana Football Association (GFA) President Kurt Okraku says he will consult all past presidents including Kwesi Nyantakyi as he takes up the new role.

Kurt Okraku says he is going to count on the good counsel of all living past presidents to run his administration.

The exposé – released in June, 2018 – also led to the dissolution of the Ghana FA and triggered a life-ban from the world-governing body of football, FIFA, on Mr Nyantakyi.

The then CAF First Vice President was also to stay away from all football-related activities.

But speaking in an exclusive interview on Hot Issues on TV3 on Saturday, November 2, Mr Okraku says his consultation will see him engage with past occupants of the seat.

“[Kwesi] Nyantakyi belongs to one of the 23 who have occupied that high office before,” he indicated to host Nuong Faalong.

Mr Nyantakyi was GFA Vice President before ascending the topmost role in 2005.

Under his presidency, Ghana’s senior national men’s soccer team, the Black Stars, qualified for the world cup for the first time, in 2006.

The team enjoyed a great spell of love and support from Ghanaians until 2014, at its third consecutive mundial appearance in Brazil, where it came under bad press.

Ghana became a laughing stock after $3 million was flown to South America to pay bonuses before the team took on Portugal in its final group game.

The team subsequently failed to make it to the next edition in Russia with the exposé released just before the start.

That was when things went aground for Mr Nyantakyi, who lost his position at FIFA as well.

But Mr Okraku believes consulting the past fast-rising football administrator could redound to his success as the 24th GFA President.

Already, a campaign is expected to be launched by his administration to bring back the love for the various national teams.