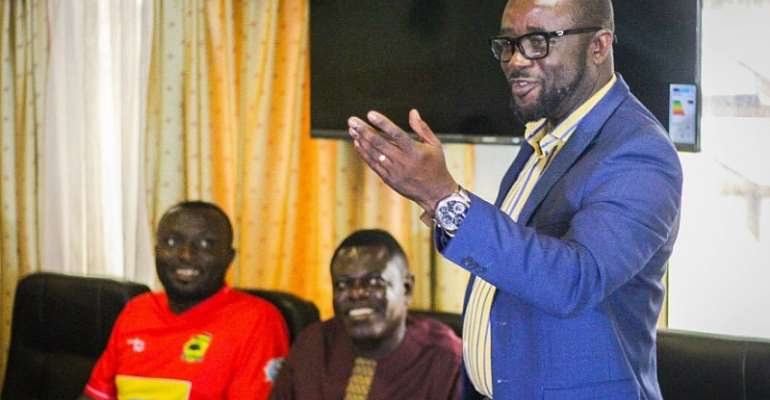 Ghana Football Association president, Kurt Okraku, has insisted that there is no leading candidate in the race for the GFA veep job.

The newly instituted Ghana FA is yet to elect a vice president for the Football Association after a successful election held last week,

Kotoko CEO George Amoako has not hidden his interest with the likes of Medeama board member Dr.Tony Aubynn also in the race.

The likes of Mark Addo and Samuel Anim Addo have also thrown their hats in the race.

Speaking to Starr FM in an interview about the Veep position, GFA boss said: "I would not want to believe that there are front-runners.

"Each member of the team [Executive Council] has the capacity to lead. So when we meet we'll speak among ourselves and we'll choose the vice president," he added.

A new vice president is expected to be elected on November 7.