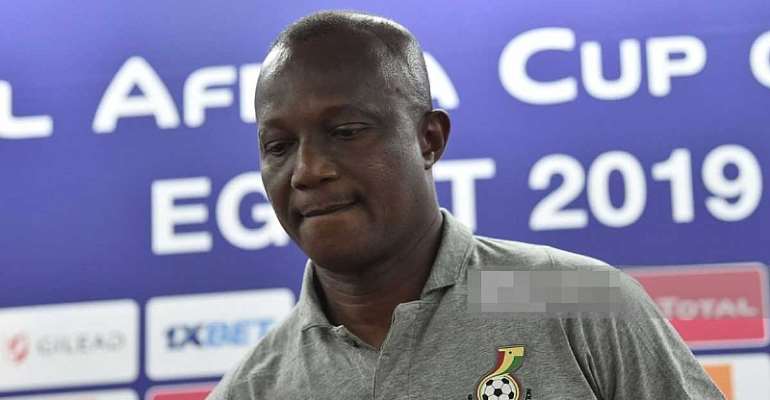 A member of Ghana Football Association Executive Council, Nana Oduro Sarfo has refuted reports suggesting that Coach Kwesi Appiah has been given two-match ultimatum to save his job as the head coach of the Black Stars.

The former Al Khartoum manager's future has been unclear after Ghana's early exit from the 2019 Africa Cup of Nations in Egypt.

The renowned football administrator has been quoted to have said that the newly constituted Executive Council has charged Kwesi Appiah to beat South Africa and São Tomé and Príncipe in the 2021 Africa Cup of Nations qualifiers or will be shown the exit.

However, Nana Oduro Sarfo has rejected those attributions insisting that nowhere did he state in his interview with Accra-based Asempa FM that the Kwesi Appiah will be fired should he fail to triumph over the Bafana Bafana and São Tomé.

According to him, the newly elected Executive Council together with the GFA boss Kurt Okraku met the Black Stars gaffer and assured him of their total support ahead of the qualifiers.

"I did not say we will sit him down after the two matches, he has our support that's all," he said.

"No one has given him two-match ultimatum as reported in the media. We met him and assured him of our maximum support which he [Kwasi Appiah] knows.

"His contract ends in December and the next Black Stars game after South Africa and Sao Tome and Principe game will be in May next year but to report that he has been given two-match ultimatum is not true, I didn't say that," Nana Oduro Sarfo added.

The Black Stars will host South Africa at the Cape Coast Stadium on November 14 before traveling to São Tomé.