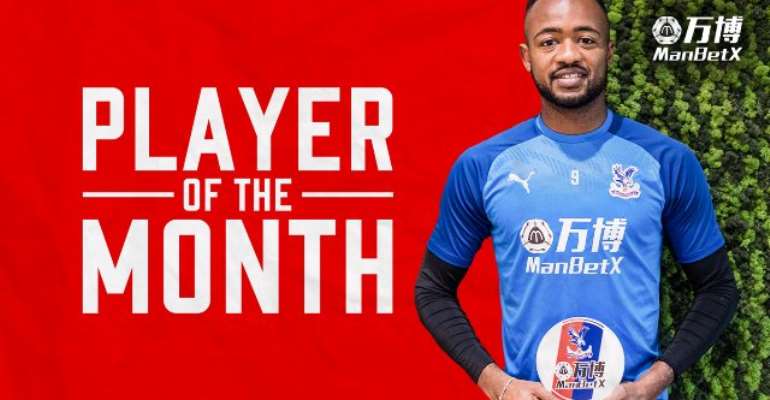 Ghana international, Jordan Ayew has been named ManBetX Player of the Month for October, having scored two goals from three games for the Eagles.

This is the second player of the month award Jordan has picked up this season.

After Palace won, lost and drew their respective games against West Ham United, Manchester City, and Arsenal, fans voted for their Player of the Month, with Ayew receiving 34% of votes cast.

The 28-year-old beat Gary Cahill (21%) and James McArthur (16%) to pick up his second Player of the Month trophy in three months.

Having netted the winner against West Ham and Palace's second against Arsenal to secure a point, Ayew expressed his gratitude to the squad and his desire to continue striving for more.

"It's a pleasure, obviously," the frontman said. "I work really hard and I have the support from the players, from the staff, from the football club, and from the fans. Everything's good.

"I'll just keep on working and never stop working. It gives me more hunger for more hard work and to get to where the club wants to get to. That is a positive thing and without the players, I wouldn't win this award so I have to thank everyone and thank the players especially.

"I just try to do my best for the team. If I can chip in a few goals it's a positive thing. But the important thing for me is for the team to win and that is what I try to do every time I'm on the pitch, to make sure we win games.

"That is my mentality. I don't like to lose so I want to win every game and whether I score or whether my partner scores, I am very happy."