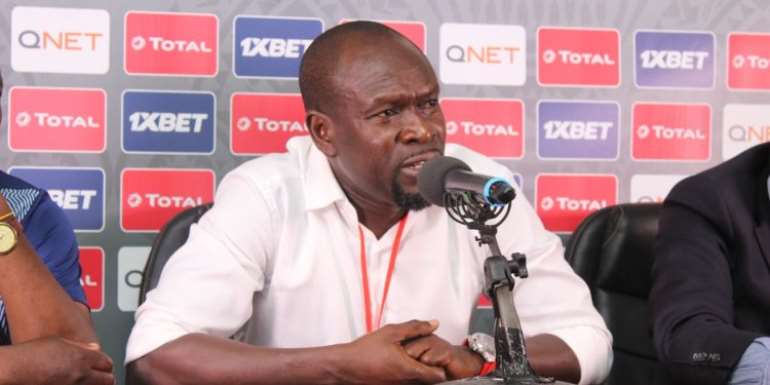 Coach Charles Kwablan (C.K) Akonnor has accepted the challenge to serve as the new Black Stars assistant coach when Ghana play South Africa and Sao Tome and Principe in the Cameroun 2021 Africa Cup of Nations (AFCON) qualifiers next month.

The former Hearts of Oak, Ashanti Gold and Asante Kotoko coach agreed to assist head coach Kwasi Appiah in the interim following the absence of an assistant coach, Ibrahim Tanko, who is currently preparing the national U-23 team, Black Meteors, ahead of the Africa U-23 Cup of Nations in Egypt from November 8-22.

According to the Stars head coach, he decided to release Tanko to concentrate on qualifying the Meteors to the Tokyo 2020 Olympic Games, while recommending Akonnor to take his place.

Already, the two coaches have started work behind the scenes and are expected to concretise their new relationship when the Stars resume camping in Accra on Sunday, November 10.

The Stars coach explained that he opted for Akonnor because he had the qualities required to help him get the desired results with the senior national team.

Coach Appiah, whose contract expires in December, is expected to get a two-year contract extension, depending on the outcome of the upcoming matches.

Coach Appiah told the Daily Graphic that apart from Akonnor, he had spoken with both Stephen Appiah and Richard Kingson to also assist in the two games, despite an earlier decision to disband the entire Stars, technical team.

Daily Graphic’s investigations revealed that though Kwasi Appiah submitted a proposal of his new technical team to the Normalisation Committee for consideration a few weeks ago, the interim body could not expedite action on it.

The Stars will play host to Bafana Bafana of South Africa in a crucial Group C match.

We will not hesitate to proceed on strike on Monday if deman...
53 minutes ago