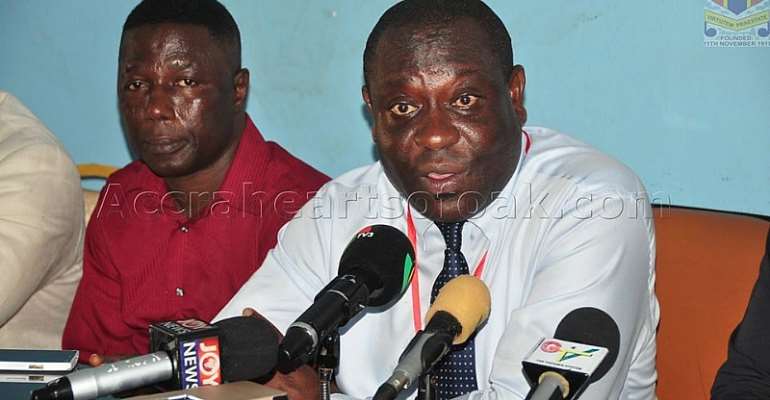 Vincent Sowah Odotei, board member of Hearts of Oak beleives the newly elected Ghana FA president will need a team player, loyalist and a competent person as his vice president.

A new vice president is expected to be elected from the newly constituted Executive Council on November 7, 2019.

But in an interview with Happy FM, the Deputy Minister of Communications says that the GFA must look out for certain personality traits and skill in his vice president.

"Kurt Okraku needs a team player, loyalist and a competent person as his vice president.

"I think we have a good leader in Kurt Okraku and I know he will deliver.

"However, the first thing the President and Council should do is define the vision of Ghana football properly.

"Going forward, everything must be driven by a well-defined model," he emphasized.

High Court shoot down Agordzo's application to travel
19 minutes ago

ASEPA to file RTI request for minutes of Justice Dotse-AG 'S...
19 minutes ago