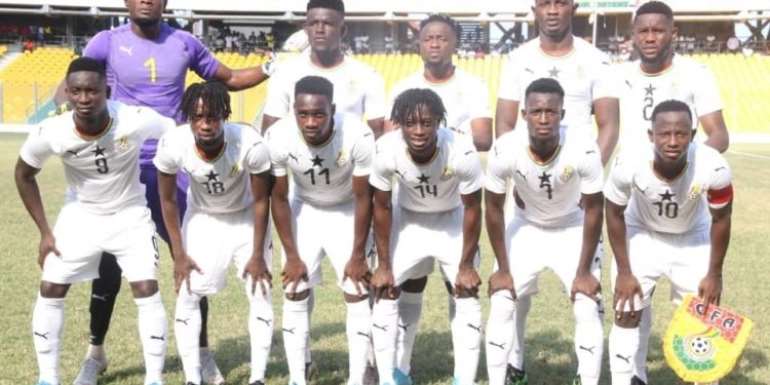 President of the Ghana Olympic Committee (GOC), Ben Nunoo Mensah, has announced that his outfit will support the Ghana U-23 side, Black Meteors with $8000 as they seek qualification to next year’s Olympic Games.

The Black Meteors are currently preparing for the Africa U-23 Cup of Nations to be staged in Egypt.

Ibrahim Tanko and his men are in Group A alongside Egypt, Mali and Cameroon.

The team will be eyeing one of the three slots to book qualification to the Tokyo 2020 Olympic Games.

According to Ben Mensah Nunoo, the Ghana Olympic Committee has secured $8,000 for the Black Meteors to aid their preparations as well as motivate them ahead of the tournament.

“We have secured money from ANOCA to help all the teams that will be participating in the qualifiers, so is true we going to support the Black Meteors with $8,000."

He further revealed that GOC has already secured a camping base for Team Ghana eight months ahead of the Tokyo 2020 Olympic Games.

“Even before the qualifiers, we have gone to find a place where the team will be based.

“The GOC is in charge of the athletes for the Olympic Games so we have gone to find a camping based in Japan as well," he said.

The GOC will present the cheque to the team on Monday before they depart to Egypt for the tournament.