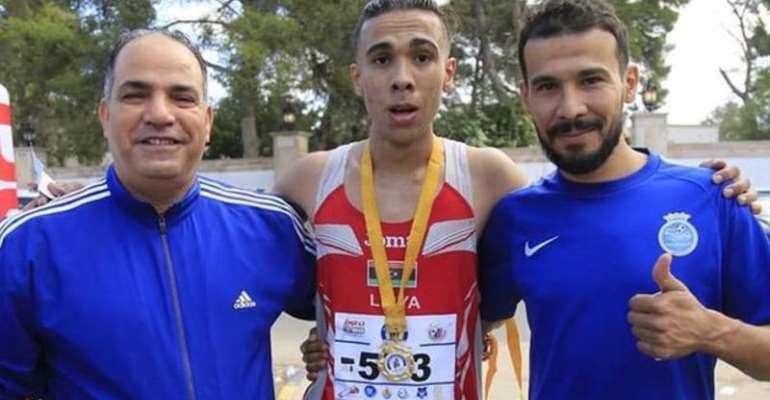 With no active football league in Libya, their under-23 and Al-Ahli Tripoli player, Abu Al-Qasem Rajab , has turned his attention to the city's international half-marathon and won a surprise bronze medal.

With league football suspended in the country at the moment due to the ongoing security issues, the 20-year-old came up with the idea of participating in the race.

More than 2,000 runners took part, with athletes from Egypt, Algeria, Morocco, Iraq, Sudan, Nigeria, Philippines and the UK all in the field.

Local runner Adel Ferjani won the race in 1 hour 13 minutes 11 seconds with Rajab just over six minutes behind him.

"There has not been a training at our clubs for a long time, which made me train on my own to maintain my fitness," he explained to BBC Sport.

"A local athletics trainer Adam Al-Shaibani found me and I started training with a group of runners.

"I then had the chance to take part in the race and so I took the opportunity and saw it as a personal challenge as well as to change the public's idea of footballers.

"I also wanted to prove to my family that I am an excellent sportsman and winning the bronze answered the skeptics."

Rajab is considered one of the best young players in Libya and has played at all the youth levels up to the under-23 Olympic team.