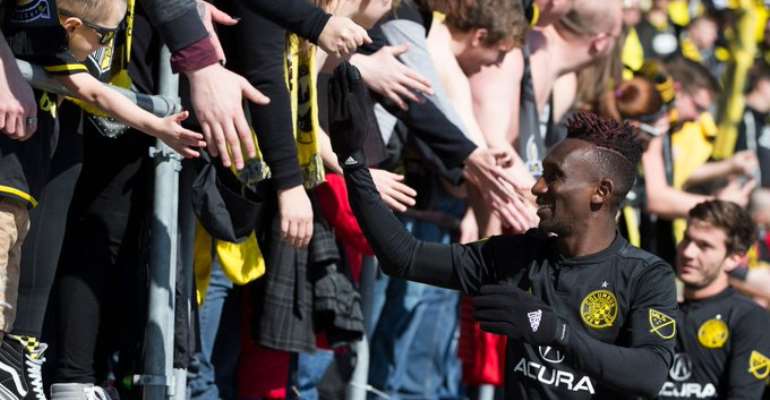 Afful and has made 117 regular-season appearances for Columbus since joining the club during the 2015 season.

“We are glad to have reached an agreement with Harrison which allows him to remain with Crew SC,” said Crew SC president and GM Tim Bezbatchenko in a statement.

“Harrison has emerged as one of the Crew’s veteran voices since joining the club and his contributions as a leader are vital to the success of our team. I also want to thank our technical director Pat Onstad for his efforts to get this over the line.”

Afful has five goals and 14 assists over his MLS career.

Since he joined the league, he leads MLS in crosses from open play with 423, while his assists are the most from a Crew defender over that span.

Afful faces more competition in the 2020 season with the arrival of Scottish right-back Chris Cadden to Columbus.

Signed from Motherwell on a free transfer in the summer, Cadden is on loan at Oxford United and is expected in the Crew’s camp for the opening of the MLS season.

The former Asante Kotoko ace has been named Ghana's 23 man squad for the 2021 Africa Cup of Nations qualifier against South Africa and Sao Tome.

Internationally, he has 78 caps for Ghana and appeared for his country at the 2014 FIFA World Cup