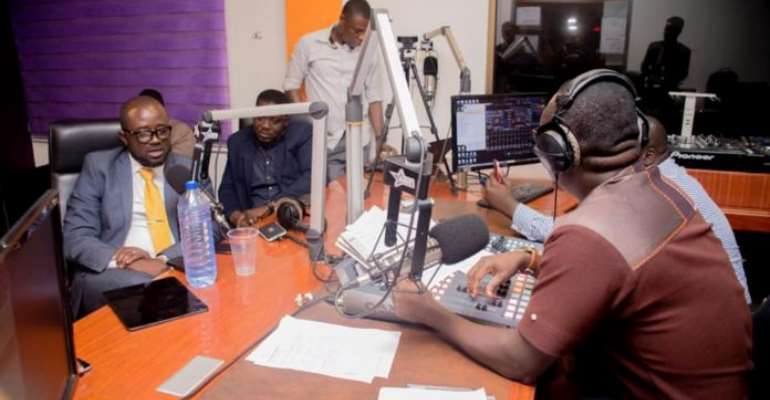 Kurt Okraku, the newly elected Ghana Football Association president, has shockingly reiterated that his predecessor, Kwesi Nyantakyi is his favourite president of the FA so far.

In an interview with Bola Ray on Starr Chat on Starr FM, Mr Okraku's assessment of Mr Nyantakyi is based on the fact that he managed to take Ghana to three World cups.

"Let me pay tribute to all of the former Presidents so far. I don’t know who was first but I believe they have all played their roles in getting us here today but there is one man who has taken us to three Mundial (World Cup) and that is Kwesi Nyantakyi. And so he will be my favourite FA President,” he answered to a question from Bola Ray.

Mr Okraku, however, assured he will collaborate with musicians and other stakeholders to increase patronage in the various stadiums.

"We will do whatever it takes to fill the stadiums, I assure you”.

Meanwhile, President Akufo-Addo has admonished him to stay true to his own principles at the job.