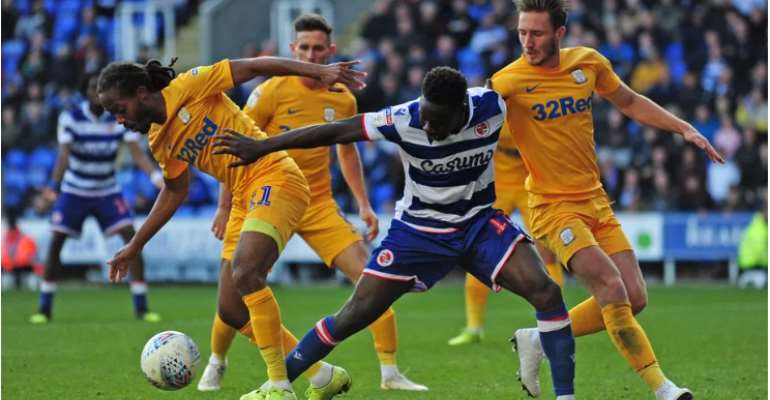 Ghanaian international, Andy Yiadom has been nominated for Player of the Month award for October at Reading.

The 24-year-old came second in September’s poll, so will be hoping to go one better on this occasion.

After being exposed on multiple occasions against Fulham, Yiadom was noticeably better defensively for the rest of the month whilst still retaining his attacking threat.

Yiadom is one of Reading’s most creative outlets, with his constant runs up and down the right flank unlucky not to end in a goal or assist before he eventually provided the cross for Sam Baldock’s equaliser against QPR.

He will be hoping to beat off Ovie Ejaria, Yakou Meite and Matt Miazga.

Yiadom has been named in Kwesi Appiah's 23 man squad for Ghana's doubleheader in the 2021 Africa Cup of Nations qualifiers.