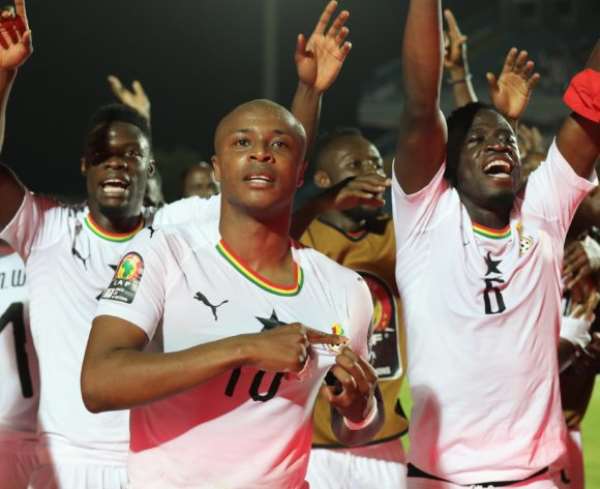 The build-up to the squad announcement itself said a lot of things about the state of the Black Stars and the priority for Ghana football at the moment.

No long debates and discussions on radio, not a lot of hints and the stories about which player was going to make it. Generally not much interest. And not much colour. Just a straight forward statement as has always been the case of the 23-players called up by coach Kwesi Appiah for two Africa Cup of Nations qualifiers against South Africa and Sao Tome.

With attention fixed on a new GFA president, what his immediate priorities are in his bid to as he has promised to “change the game”, it was easy to miss this.

But now we are here and as the days build up to those two games on November 14thin Accra against South Africa and Sao Tome away from home on November 18ththe focus on a team we pretend not to love would get more intense.

Qualifying for the Africa Cup of Nations has never really represented much of a challenge for Ghana. The Black Stars would be seeking to reach their tenth straight tournament so qualifying an expected outcome. That is why we would be looking out for a lot more than that.

Coach Kwesi Appiah
First, there is Kwesi Appiah’s future. That future has been on thin ice since he supervised a miserable Africa Cup of Nations in Egypt. The critics say he is done, that time is up, that the prospects of progress, of a title-winning Black Stars, diminishes every day he is remains in charge. But he is here and has another opportunity in those two games to make his point in his bid to hang unto his job.

New GFA boss Kurt Okraku and his entourage have never really been fans of the Black Stars boss but with reports that his contract runs out in December, he would do himself a world of good if he wins those two games and plays some blinding football.

There is a sense in his first call-up since the Africa Cup of Nations in Egypt that he is putting the building blocks back in place for this team. Many call ups in defence, a few in midfield and a shake-up of things upfront. There is an infusion of young, exciting talent that should please any Black Stars fan. But there is also at least one reason for to wonder what’s going on.

Spanish flavour
As with many Black Stars squads, this reflects the league where some of Ghana’s best talents play at the moment. It used to be Portugal, Turkey enjoyed that privilege at some point and there was a period where flights from London to Accra on international weekends had a lot of Black Stars teammates taking a break from club duties. These days it is La Liga in Spain where a few Ghanaian youngsters are rising through and punching their weight in fantastic style.

Recently when Real Mallorca beat Real Madrid, Baba Idrissu’s energy in midfield, ability to track back, shield defence, play a good pass was eye-catching. Kwesi Appiah saw that plus his fine form this season to reward him with a first call up.

At centre back, Mohammed Salisu has been brilliant for Real Vallodolid. At 20, the call-up is just rewarded for good debut season so far in La Liga.

Those new call ups from La Liga are complemented by what should, in theory, be the engine and heart of the Black Stars but which at time has looked like it’s main malfunctioning luxury collection.

Mubarak Wakaso’s commitment and energy at the Africa Cup of Nations endeared him to many Ghana fans but his final passes didn’t. Thomas Partey was hyped as the main man. Instead by the time tournament was over, the surprise was how he managed to keep his place throughout. This season, he showed again why he is held in high esteem at club level. Maybe these two qualifiers would provide a reminder why Black Stars fans must feel the same.

There was never any question Joseph Aidoo would retain his place after AFCON given how easily he has settled into La Liga following his move from Belgium. Lumor may have leaked badly at Afcon 2019 but he still remains a viable option at left-back.

Debutants, some odd call ups
There are seven debut call ups for the November qualifiers. The Spain based-duo of Mohammed Salisu and Idrissu Baba as stated above have had brilliant first seasons in La Liga. Idrissu would likely be competing for a place in the side with Christopher Antwi-Adjei who has been ever-present for Paderbon in the German Bundesliga. They may be bottom of the league but as a sports journalist, Godfred Akoto Boafo says, he “is solid. He has tools.” Right To Dream product Mohammed Kudus is rising up in Denmark too with five goals in 12 games at Nordsjaelland this season.

It’s taken a while for Torric Jibril to finally get a debut call up but exactly why he is difficult to tell. As for Shafui Mumuni, we know why. Brilliant for AshantiGold, brilliant for the local Black Stars, he seems to master in hat tricks. That call up his fully deserves.

Razak Arbeloa has effectively just replaced Lawrence Ati Zigi as third choice in the goalkeeping end of the Black Stars.

After the 2019 Nations Cup in Egypt, coach Kwesi Appiah was under a lot of pressure to prove the team can move forward. And his response has been to reshuffle the team. Out in his first squad since then is Jonathan Mensah, John Boye, Black Stars public enemy number one, Christian Atsu who endured a fair deal of abuse during Afcon 2019 and Kwadwo Asamoah for whom the dual positional identity has meant dwindling influence in the Black Stars. Afriyie Acquah also misses out despite a fine start to life in Turkey but it is just rewarding that Alfred Duncan is rewarded with a return to the side. Somehow, Richmond Boakye Yiadom is missing too.

Appiah still retains a lot of faith in some old guards though. The Ayew brothers have rightly earned their place after super starts to life in the top flight and second tier of English football. Harrison Afful has benefitted from the uncertainty at left-back and a lack of back up to Andy Yiadom at right back. Kwadwo Asamoah’s Black Stars career has slowed down and unlikely to pick up any further under Appiah with all confusion over where he plays.

Hopefully, these changes translate into a side that wins games that convinces us to have faith and hope in this team. The battle to win back fans for the Black Stars, as the new GFA President has set out to do starts with winning games. And there would be no better place to do than at home.