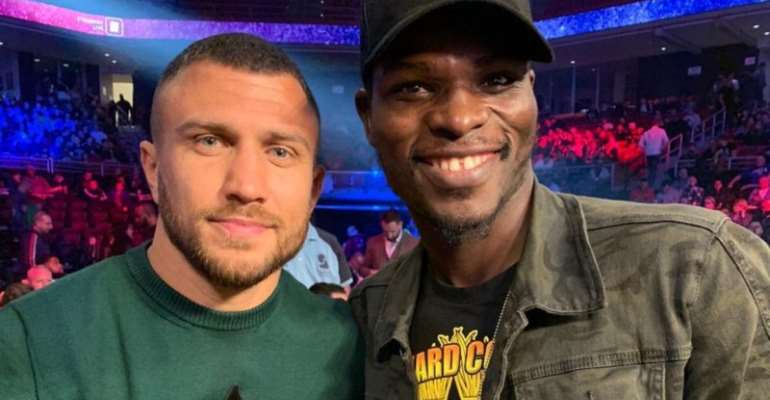 “I think a fight that would be interesting and a good challenge would be Gervonta Davis, also Devin Haney would be a good fight. But let’s see, we must also wait for the fight of Commey and Teofimo in December.” Lomachenko told ESPN.

“What I have achieved in professional boxing has exceeded my expectations, I did not reach professional boxing thinking about being the best pound for pound in the world,” said Lomachenko. “There is talk of Teofimo, but first he has to beat Commey.” The World Boxing’s Franchise Champion, Lomachenko expressed.

Lomachenko who recently became the World Boxing Council’s (WBC) Franchise Champion at the 57th annual Convention, held at the Grand Oasis Hotel in Cancun, Mexico has been pitched with a possible fight with Gervonta Davis but is rather concentrated on the possible undisputed unify championship battle next year 2020 against the winner of Richard Commey/ Teofimo Lopez.

According to a reliable source, Top Rank lobbied WBC to confer the honorary portfolio on the current lightweight WBC champion, a move many believed was for commercial reasons since he is going to participate in a minimum of two social responsibility events every year, organized and in conjunction with the WBC.

But could that also be from the fact that they anticipate the Ukrainian poster boy’s belts are under serious threat?