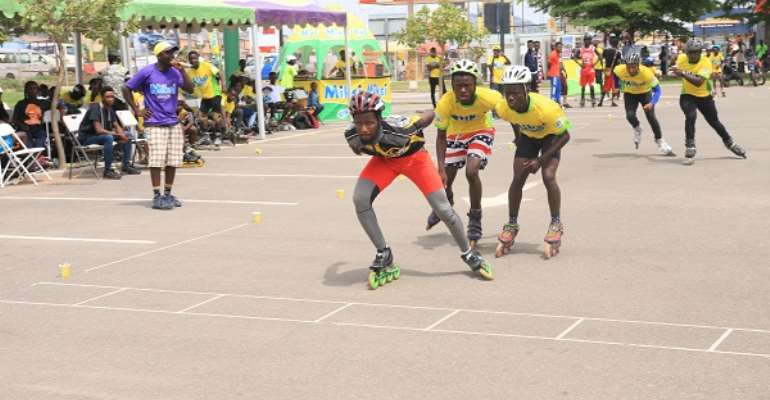 According to Mr Nunoo Mensah, the membership of Roller Sports which is growing in popularity is deprived communities of the country would be considered at the next Congress of the GOC.

"The only reason why as a federation they haven't been part of the GOC is not that they have not done their things well but there are procedures to join the GOC," Mr Nunoo Mensah said on the sidelines of the third edition of the Miksi Roller Games on Saturday in Accra.

"In the last six months, I have had a chat with the International Olympic Committee (IOC) on them and sometime very soon, not later than March next year you will see the Federation being part of the GOC. The IOC has categorically told me that we should make sure that roller skating is part of the GOC because that is the sport that they are focused on pushing at the world level now".

If the FRSG's membership bid is successful, it will become the 20th non-Olympic entity of the GOC.

Hundreds of skaters including youngsters aged four participated in the event held at the car park of the West Hills Mall.

The participants challenged each other for laurels in different age categories in racing as well as freestyle contests.

The Brands Manager of Miksi, Mr Magnus Dei said in keeping with supporting least financed sports, his outfit was looking forward to extending its three-year association with roller skating.