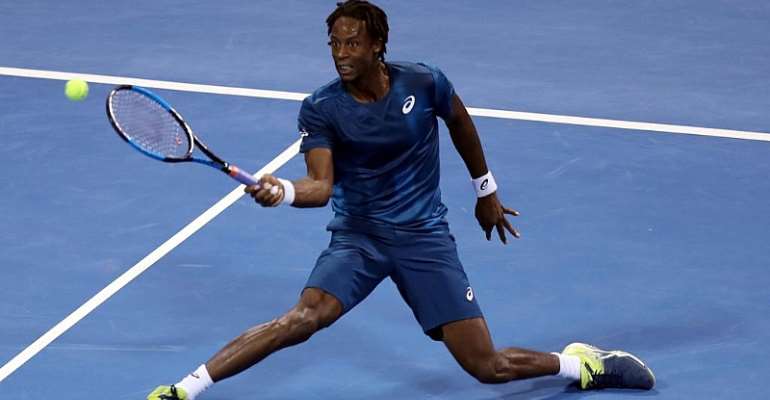 Gael Monfils advanced to the last 16 of the Paris Masters on Wednesday following a straight sets victory over his fellow Frenchman Benoit Paire. Monfils, seeded 13th, claimed the second round tie 6-4, 7-6 and will next play Radu Albot from Moldavia.

His victory in front of an enthralled centre court at the Accorhotels Arena in Bercy keeps him in the hunt for one of the two places remaining for the men's end of season championships in London in November.

Alex Zverev and Matteo Berrettini are ahead of him in the race for the event between 10 and 17 November.

"People keep talking to me about the Masters," said Monfils. "My main goal is to reach the top 10 at the end of the year.

"I'm close to the championships in London and still far away and there's all this pressure. It's not good to play with so much pressure."

Steady
Monfils broke Paire's resistance at the end of the first set and capitalised on some wayward forehands to pocket the tiebreak in the second set.

"He's a lot more serious on the court this season," said Paire of Monfils. "He seems a lot more intense about what he's doing and he seems to want to do good things. I hope he manages to get to London."

Top seed Novak Djokovic is among the six players already booked in for the championships. The Serb advanced to the last 16 following a 7-6, 6-4 triumph over the local hero Corentin Moutet.