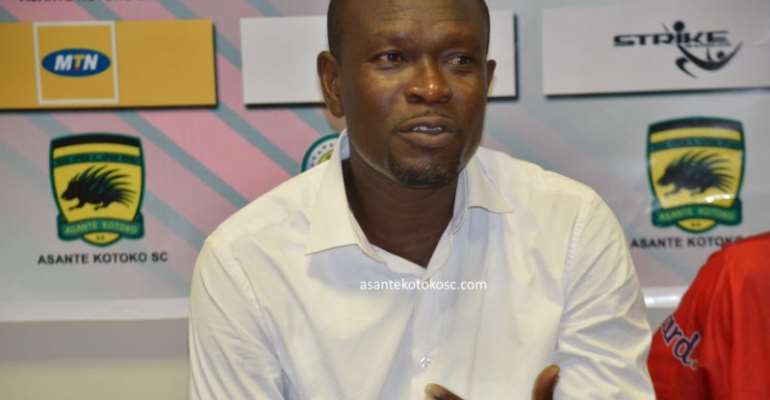 The uncertainties surrounding the immediate future of some members of the Ghana senior national team backroom have finally settled like dust.

Ibrahim Tanko is out while Richard Kingson and Stephen Appiah stay put, Footy-Ghana.com can report.

Black Stars head coach Kwasi Appiah – who looks set to stay beyond the end of his current contract in December – had decided on ringing some changes on his bench.

But only the former – Ibrahim Tanko – is leaving to concentrate on his job as head of the Ghana U-23 team. Tanko has the task of leading the Black Meteors break a decade-and-half Olympic Games qualification jinx as they participate in the 2019 U-23 Afcon scheduled for November 8-22 in Egypt.

The tournament period swallows the November international break during which the Black Stars are also playing South Africa at home as well as Sao Tome é Principe on the road in the 2021 Afcon qualifiers.

That leaves a void which will now be filled by another ex-Black Stars captain – Charles Kwablan Akonnor – who has enjoyed coaching stints with local sides Asante Kotoko, AshantiGold, Hearts of Oak, Dreams FC and Sekondi Eleven Wise.

Akonnor will now be assistant to Kwasi Appiah starting from the home game against Bafana Bafana at the Cape Coast Stadium on November 14 and looks to stay put post the two qualifiers this month.

‘Olele and Tornado’
Footy-Ghana.com also understands that issues surrounding keepers’ trainer Richard Kingson’s certification – which was the only reason for Appiah’s decision to yank him off – have been resolved.

It had emerged at Afcon 2019 that Olele lacked the required license to occupy his position (which is technically regarded as an assistant coach) per international football standards.

Also, Stephen Appiah has been given the chance to hang on in the technical team while he prepares to embark on a coaching course.

Meanwhile, coach Kwasi Appiah’s first Black Stars squad since the 2019 Afcon is expected to be announced by close of day October 30.