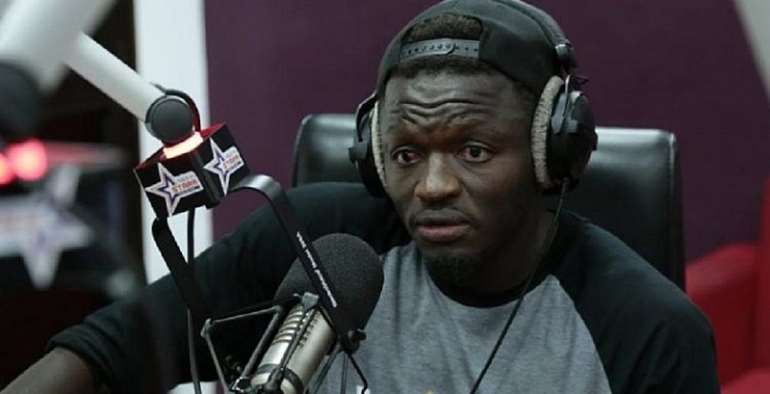 Former Ghana Football Association Communications Director, Ibrahim Sannie Daara has reiterated that he was he hurt after Sulley Muntari labelled him as a 'liar'.

The former Inter Milan, AC Milan and Portsmouth ace has not been in good terms with the former BBC sports journalist since the 2014 FIFA World Cup in Brazil.

Following his racial abuse, Muntari in an interview with Accra based Starr FM revealed that the Ghana Football Association did not offer him the needed support.

However, Sannie Daara rubbished that claim and insisted Mr Kwesi Nyantakyi, who was the then Ghana FA boss spoke to the 32-year-old and offered him words of encouragement.

"If something happens they write something quickly to defend their selves, Sannie doesn’t know anything about football.

“They are many people who know a lot about football and deserves to be there but they are not they, Sannie knows nothing, That is why we are going back.”

However, the CAF Media Officer in an interview with Paul Adom Otchere on Metro TV revealed that he discovered Sulley Muntari and offered him the chance to display his abilities and was not expecting the Muntari to use such words for him.

According to Mr Daara, he was close to the Muntari family but the family turned against him after the 2014 World Cup mayhem which led to the early exit of the Black Stars from the tournament.

It will be recalled that Sulley Muntari and Kevin Prince Boateng were sacked from the camp of the Black Stars during the Mundial.

Muntari was asked to leave the camp after destroying gadgets belonging to management member worth $8000 whiles Prince Boateng was shown the exit after he insulted Coach Kwesi Appiah.

Muntari has not been part of the Black Stars since 2014 despite offering an apology over his wrong behaviour.