2021 AFCON Qualifiers: South Africa To Arrive In Ghana On November 11 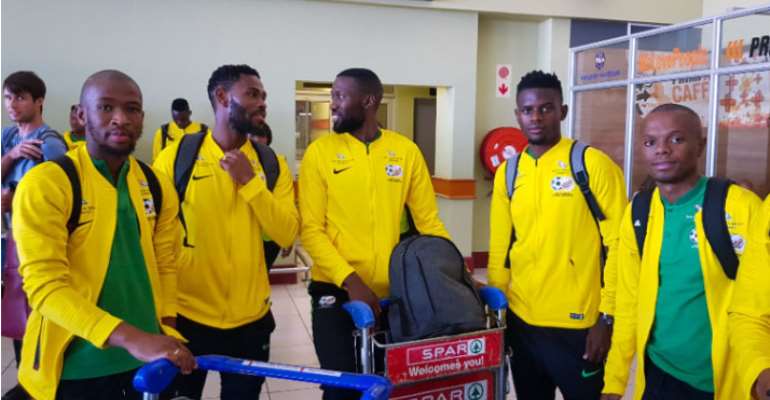 The Bafana Bafana of South Africa are expected to arrive in Accra November 11 for their 2021 Africa Cup of Nations (Afcon) qualifying against Ghana’s Black Stars.

On Tuesday the head coach of the Bafana, Molefi Ntseki has invited 25 players for the crucial game as well as the home clash with Sudan.

Due to the closeness of the two games, all invited players have been directed to report to camp in Johannesburg on Sunday, November 10 – a day after the Soweto derby between Orlando Pirates and Kaizer Chiefs.

The South Africa team will then jet out to Accra in the early hours of Monday, November 11.

They are expected to have full training sessions for at least two days before being hosted by the Black Stars.

The Group C opener is scheduled for the Cape Coast Sports Stadium on Thursday, November 14 with kickoff at 19h00 GMT.

Bafana will then return to Johannesburg on the Friday, November 15 to prepare for their second clash against the Falcons of Jediane scheduled for Orlando Stadium on Sunday the 17th at 13h00 GMT.

The group stage qualifying series to Cameroon 2021 Afcon will be completed later next year. The top two teams in each group will book their tickets to the tournament.