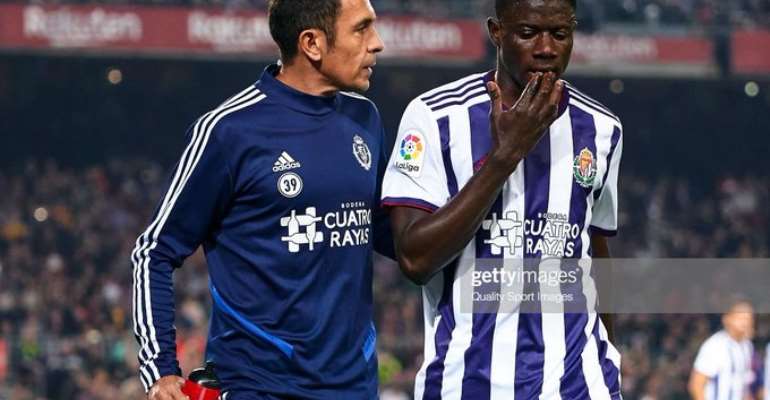 The Real Valladolid defender is regarded as one of the revelations for Real Valladolid this season in their La Liga Santander campaign following his symmetrical performance.

Coach Kwesi Appiah has invited the 20-year-old for Ghana's 2021 qualifiers against South Africa and Sao Tome and Principe.

He joined Real Valladolid from Ghanaian based African Talent Football Academy in 2017.

In July 2018, Mohammed was promoted to the club's senior team after making 39 appearances for the Real Valladolid reserve side.

Mohammed has scored one goal in his eleven games for Real Valladolid in the ongoing Spanish La Liga.

Ghana will host the Bafana Bafana at the Cape Coast Stadium on November 14 at 19:00GMT.