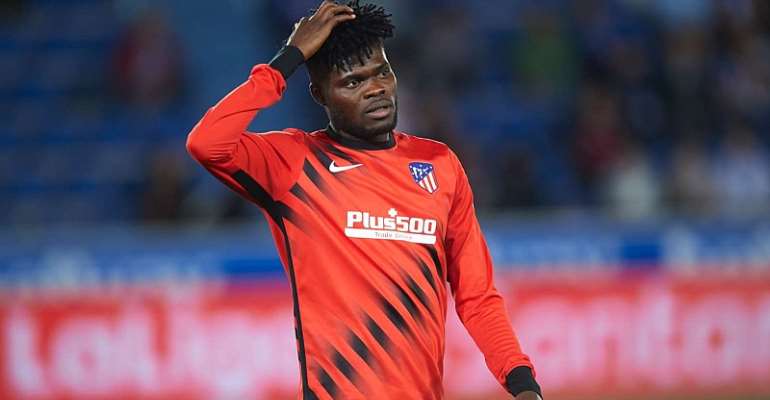 Ghana ace, Thomas Partey climbed off the in the second half as Atletico Madrid 1-1 draw at Alaves on Tuesday in La Liga.

Diego Simeone’s men were 2-0 victors at home to Athletic Bilbao last time out, which ended their three-game winless streak in the league, all draws.

It did seem as though it was going to be a second consecutive win when Alavaro Morata gave the Spanish capital club the lead in the 70th minute.

Partey started the game from the bench, only the third time the Ghanaian has failed to make the starting XI, and replaced Marcos Llorente in midfield.

The result is Atletico Madrid’s fifth draw of the season from 11 games, the highest of any team. It also blows their chance of moving to the top of the table with Barcelona, Real Sociedad, Sevilla, Real Madrid and Villarreal, all having a shot at leapfrogging them pending the outcome of their respective matches.