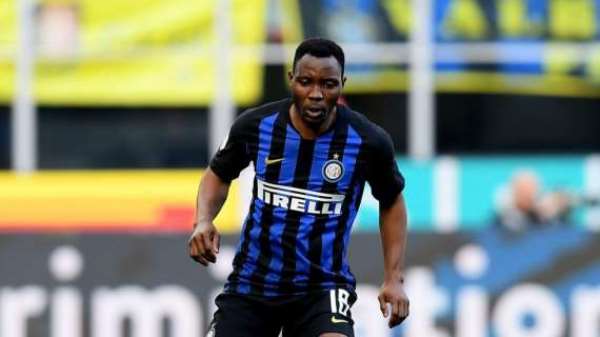 Ghanaian midfielder, Kwadwo Asamoah showed outstanding form on Tuesday night to help Inter Milan post a 2-1 win over Brescia in the Italian Serie A as they moved to the top of the standings in the division.

The Nerazzurri's are challenging Juventus for the League title this season and went all out against their match week 10 opponent last night in a game played at the Stadio Mario Rigamonti.

A second-half strike from summer signing Romelu Lukaku ultimately handed the away side all 3 points at the end of the match even though an own goal from Milan Skriniar earned Brescia a consolation.

Black Stars midfielder Kwadwo Asamoah was in his usual element and combine his attacking play with his defending excellently to play a key role in his side’s victory.

He was later substituted in the last 10 minutes to end proceedings where he was replaced by Cristiano Biraghi.