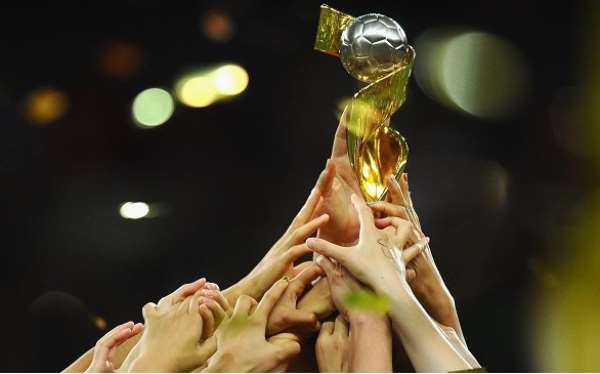 Having experienced how it feels to be part of the World Cup, South Africa is following up a debut Women's World Cup (WWC) appearance at the 2019 tournament with an expression of interest to bid to host the 2023 tournament.

Though it was not the debut they had hoped for as they exited at the group stage, the South Africans are hoping to build on the gains with a second successive appearance, through an automatic qualification as hosts.

The South Africa Football Association (SAFA) has confirmed its decision to bid for the next tournament and football’s world governing body, FIFA, has also confirmed that eight countries have expressed their intention to participate in the host nation selection process for the next WWC to be staged in 2023.

That tournament will see a historic 32-nation tournament after FIFA took the decision to increase the number of participating teams from 24, to reflect the huge development of the women’s game and the success of the WWC over the years.

So far, eight countries or Member Associations (MA) of FIFA which had submitted their applications were: Argentinian, Australia, Brazil Colombia, Japan, a joint bid from South and North Korea, New Zealand Football and South Africa.

The next step of the process has seen FIFA dispatching the updated bidding and hosting documents to all eight member associations, which will have until December 13, 2019 to submit their bid book, the signed hosting agreement and all other hosting and bidding documents to football's governing body.

Up until the deadline for bid submissions, any member association wishing to join an existing bid will be permitted to do so provided that it also submits a bidding registration to the world body.

After the December 13 deadline, FIFA will then conduct official inspections to the relevant member associations in January and February 2020, and then announce the winner or winners in May 2020.

South Africa, remains the first and only African country to have hosted the men’s World Cup and it will be hoping to make history again by being the first on the continent to host the women’s tournament.

The Vice President of SAFA, Ms Ria Ledwaba told the Graphic Sports online that the decision to join the bidding process was encouraged by the successful organization of the 2010 World Cup which was staged in South Africa.

“ It is not just about making history, but it’s because as a country, we have proved our competence in organising the biggest football event, the World Cup, we intend to use that same expertise to host the WWC if we are given the opportunity,” Ms Ledwaba said.

She said part of the legacy of the 2010 World Cup was to ensure that South Africa is able to host many more international tournaments and the decision to bid for the 2023 WWC was to re-emphasise this.

“ The facilities are already there and the legacy of the 2010 World Cup was to ensure that as a country, we attract many more international competitions, the capacity has already been developed,” Ms Ledwaba emphasized.

Africa at the moment has three slots at the tournament but that number is likely to go up with the approved 32-nation tournament for the 2023 event.

WWC host nations
Since its inception in 1991, Asia (China), North Europe (Sweden, Germany, France) and North America (USA, Canada) are the only continents to have hosted the tournament over the eight editions.