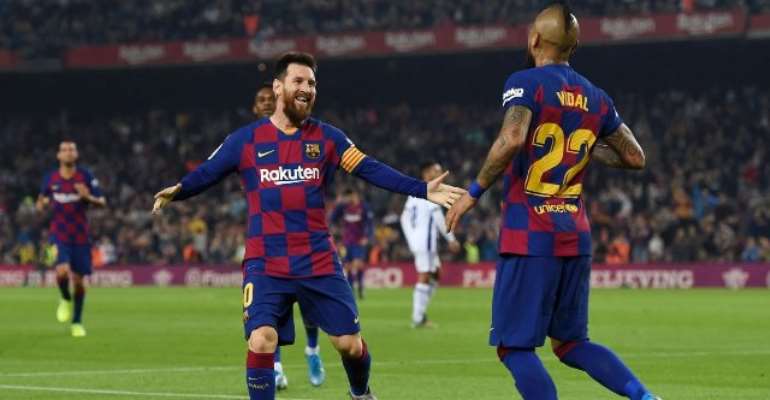 It took the Catalans just three minutes to open the scoring when Clement Lenglet lashed home a left-footed strike from 10 yards out after Real Valladolid failed to clear a Messi freekick into the area.

However, the visitors struck back when Kiko Olivas bundled home after a cross had bounced off Marc-Andre Tea Stegen.

Barca regained control just before the half-hour mark, though, with Messi clipping a pass over the top for Arturo Vidal to divert home. And the 32-year-old provided the highlight of the night moments later, finding the top corner of the net with a trademark freekick.

Messi grabbed his second and Barcelona’s fourth in the second half, turning having been played through by Ivan Rakitic to finish powerfully past Jordi Masip.

And the scoring was capped at five when Messi set up Luis Suarez for a strike at the near post. Atletico Madrid’s failure to win at Alaves earlier in the night means Barca now sit two points clear at the top of La Liga.